Trump officials are resigning over the US Capitol siege 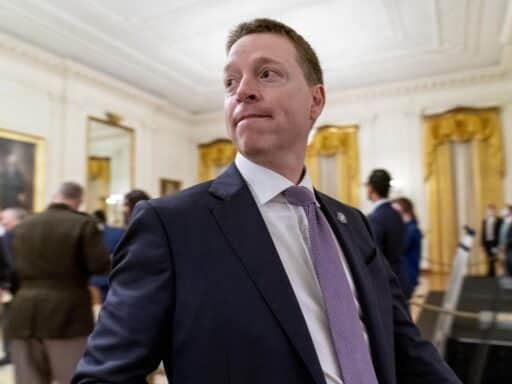 These officials are leaving the Trump administration after Wednesday’s storming of the Capitol.

Following the storming of the US Capitol by a pro-Trump mob on Wednesday, several top White House officials have resigned, with others reportedly considering whether or not to step down.

The extraordinary events, which left one person dead, led to reports that some senior administration officials were discussing the use of the 25th Amendment to remove President Donald Trump from power or resigning themselves.

By Thursday morning, it appeared some of the senior officials who were rumored to be considering resigning, such as National Security Adviser Robert O’Brien, will instead serve out the last two weeks of Trump’s term. O’Brien was reportedly persuaded by some of his colleagues to remain in his post.

While there is still a lot of uncertainty about how widespread any resignations will be, the White House has seen several staff members step down already:

“As someone who worked in the halls of Congress I was deeply disturbed by what I saw today,” Matthews said in a statement. “I’ll be stepping down from my role, effective immediately. Our nation needs a peaceful transfer of power.”

The president’s incitement of the riot also drew a rebuke from Congress, where the House and Senate reconvened to affirm President-elect Joe Biden’s victory over Trump in the 2020 election, and Democrats began openly discussing impeachment and the 25th Amendment. Sen. Mitt Romney (R-UT) said on the Senate floor: “What happened today was an insurrection incited by the president of the United States.”

Early Thursday morning, two months after Election Day and the day after blood had been spilled at the US Capitol, Trump appeared to commit to an orderly transition to the Biden administration.

“Even though I totally disagree with the outcome of the election, and the facts bear me out, nevertheless there will be an orderly transition on January 20th,” the president said in a statement.

A painter tracked down the thief who stole her work. She discovered a muse.
Trump’s Mar-a-Lago club members reportedly got offered Air Force One tours
Trump’s new plan to tax Mexican imports, explained
House Democrats have passed nearly 400 bills. Trump and Republicans are ignoring them.
The risks in going to the gym during the coronavirus pandemic, explained by experts
“It just looks like a bomb went off:” Louisianians on recovering from Hurricane Laura