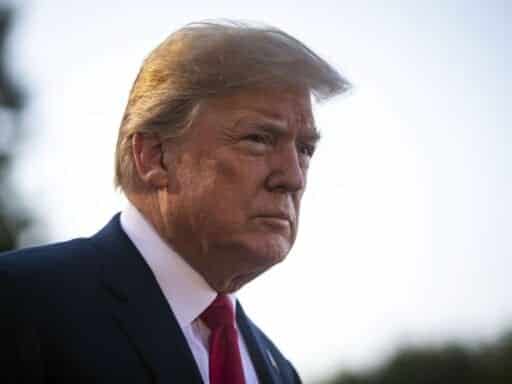 It’s the latest example of Trump wielding the power to pardon as a cudgel in the culture war, granting pardons to or commuting the sentences of figures who waged partisan warfare or have become right-wing folk heroes.

Trump granted clemency on Tuesday to Dwight Lincoln Hammond Jr. and his son, Steven Hammond, whose convictions — and a court order that they return to prison — inspired a standoff by militia groups at the Malheur Wildlife Refuge in Oregon in January 2016.

The Hammonds were convicted of arson charges in 2010 for setting two fires that burned onto federal land, including one that was set even though burning was prohibited and firefighters were camped nearby, the Oregonian’s Les Zaitz reported in 2016. They were sentenced in 2012, and served three months in prison (for Dwight Hammond) and one year (for Steve Hammond).

But because that was less than the five-year mandatory minimum sentence mandated by the law the Hammonds were charged under, the federal government challenged the sentence. In 2015, an appellate court judge ruled that the Hammonds had been illegally sentenced and had to return to prison.

The Hammonds’ case became a rallying cry that kicked off a tense standoff. Anti-government militias and “patriot” groups — armed right-wing, anti-government organizations — seized the headquarters of the Malheur Wildlife Refuge. They stayed for more than three weeks, the standoff ending only after state troopers shot and killed one of the militia members and six others were arrested.

The Hammonds’ importance to the standoff was mostly symbolic. Although they’d initially welcomed the militia’s help, they later rejected it and told the groups to go home. The groups that occupied the Malheur Wildlife Refuge had broader disputes with the federal government about the use of public lands than just the Hammonds’ case.

Still, the case became a focal point for armed militias that violently occupied federal land in order to achieve their goals. Trump’s statement about his decision to grant them clemency is silent on that point.

It’s the latest example of Trump using a near-limitless presidential power in the service of a cause célèbre for extreme segments of the right.

Trump is granting pardons to “own the libs”

After President Bill Clinton’s controversial pardon for financier Mark Rich, George W. Bush reformed the pardon process in a way that was meant to make pardons fairer and more impartial. Bush and Barack Obama largely relied on the recommendations of the Office of the Pardon Attorney, which used a multi-step application process to determine whose cases would get relief.

Trump has bypassed all of that. Instead, he’s frequently used his power to pardon or commute the sentences of ideological fellow travelers: prominent right-wing figures or folk heroes who have been caught up in legal trouble.

Before the Hammonds, it was Dinesh D’Souza, the conservative writer, conspiracy theory enthusiast, and troll. D’Souza pleaded guilty in 2014 to violating campaign finance laws after claiming (without evidence) he was targeted for political retribution.

Before D’Souza, Trump pardoned Scooter Libby, a Bush administration official convicted of perjury and obstruction of justice for lying to the FBI during the investigation into who leaked the identity of undercover CIA operative Valerie Plame.

And before Libby, Trump pardoned Joe Arpaio, the Arizona sheriff known for his cruelty to unauthorized immigrants who was convicted of contempt of court.

Mandatory minimum sentences, the policy that sent the Hammonds back to prison, have critics across the political spectrum. Still, the pardons Trump has chosen to issue generally fall into two categories. Either they’ve been requested by celebrities, or they go to help well-known figures on the right. And Trump is just getting started: As of last month, he was considering dozens more.

What the 2020 debate over free speech missed
The enduring appeal of The Office in a crumbling world
Trump’s last rally as president was supposed to be about the Georgia runoffs. It wasn’t.
CDC says it’s safe to reopen schools — with proper precautions
Why the Iowa results are taking so long
Democrats are fed up with Facebook