Trump reportedly has a new proposal to end the shutdown 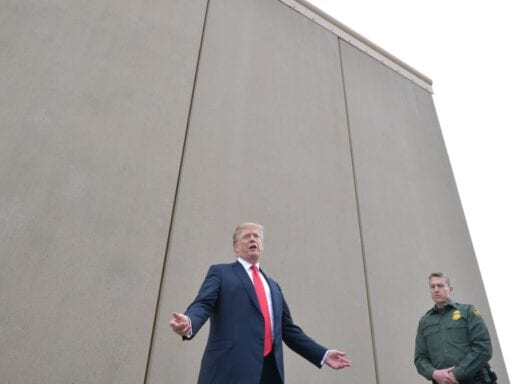 The president is expected to offer concessions to Democrats Saturday — but he still wants a border wall.

President Donald Trump on Saturday is expected to offer a new deal to congressional Democrats that he hopes will draw down what’s been the longest government shutdown in US history.

CNN and CBS both report that Trump has a proposal ready that the White House believes will bring Democrats to the negotiating table. Citing an unnamed administration official, the pair of news stories suggest that the offer will include several concessions to Democrats on immigration — but that the president still won’t compromise on his border wall.

Jonathan Swan from Axios reports that in exchange for his wall, Trump will protect DREAMers by offering to temporarily shield them from deportation and grant three-year work permits through the Deferred Action for Childhood Arrivals program, known as DACA. In addition to those measures, currently proposed in Congress as part of the BRIDGE Act, unnamed sources tell Swan that the president will support legislation to extend the legal status of Temporary Protected Status (TPS) holders.

Trump has been steadfast in his demands for more than $5 billion to finance his passion project at the United States-Mexico border. Congressional Democrats say they won’t go higher than $1.3 billion on border security as a whole, and talks between the two sides have been stunted since funding for the federal government first expired on December 21, leaving 800,000 federal workers furloughed or working without pay and the US economy in an increasingly perilous position.

The new energy comes at the urging of Vice President Mike Pence, Senate Majority Leader Mitch McConnell and Trump’s son-in-law Jared Kushner, who is a senior advisor at the White House. But the president’s new proposal may be a nonstarter: It wasn’t borne out of negotiations with Democratic leaders, and they had previously been unwilling to finance Trump’s wall in exchange for promises to protect DREAMers.

Trump is expected to make his announcement from the White House Saturday afternoon.

I will be making a major announcement concerning the Humanitarian Crisis on our Southern Border, and the Shutdown, tomorrow afternoon at 3 P.M., live from the @WhiteHouse.

Trump had previously toyed with the idea of declaring a state of emergency in order to get his border wall. That’s not what is expected to happen Saturday — but nothing is ever off the table, CNN reports.

So far, Trump’s meetings with congressional leaders have dissolved in chaotic tantrums. He’s stormed out of meetings, got into a shouting match on TV, and gone on profanity-laden rant while repeatedly referring to the shutdown as a “strike.” He took a trip to the southern border, where he paraded Border Patrol agents as props for his photo ops pushing for the wall. And this week, Trump held shutdown talks with a bipartisan group of legislators, yet top Democratic leaders from the House and Senate weren’t even invited.

Trump’s deal on Saturday would be the White House’s third offer to re-open the government since the shutdown first began. The president and his top advisors have offered extra money to address the humanitarian crisis at the border and have been willing to compromise on what his barrier will look like — be it steel slats, concrete, walls and fences. But so far Trump has yet to budge much at all on his $5 billion asking price. Pence once floated a $2.5 billion compromise, but congressional Democrats rejected the deal after Trump himself said he refused to back down from his original offer.

Trump is not the only one who could be doing something — there are plenty of paths out of the impasse. Democrats could fold and give Trump his money. But it’s worth noting if Senate Majority Leader Mitch McConnell worked with a little more than dozen Democrats, he could form a veto-proof majority: Senate Republicans could suck it up and get the votes together to reopen the government.

Nancy Pelosi announces a formal impeachment inquiry into President Trump
The right keeps attacking Greta Thunberg’s identity, not her ideas
Why SoFi would be interested in buying naming rights to the LA football stadium
Eulogy for my neglected windowsill herb garden
Most investors don’t want to touch media anymore. But Axios is going to raise another $20 million.
What should Democrats do about the Supreme Court?