Trump: Russia didn’t interfere in the election. GOP-led Senate panel: Yeah, it did. 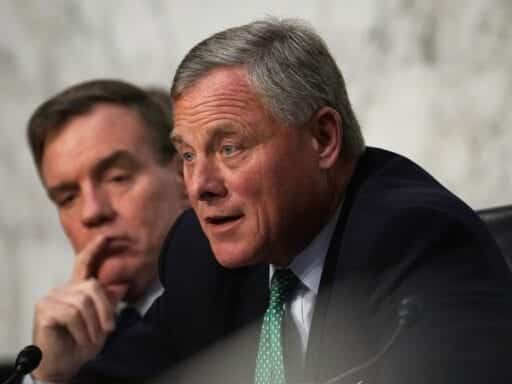 We still don’t know if the Trump campaign colluded with Russia.

A GOP-led Senate panel concluded on Tuesday that the US intelligence community’s 18-month-old conclusions about the 2016 presidential election — that Moscow meddled to hurt Hillary Clinton and help Donald Trump— were “well supported.”

The Senate Intelligence Committee released a seven-page summary that corroborates much of what the CIA, NSA, and FBI concluded back in January 2017, and praises their report as “a sound intelligence product” — despite President Donald Trump’s continued insistence that Russia didn’t interfere to help him and his criticism of the intelligence assessment as biased against him.

“The Committee has spent the last 16 months reviewing the sources, tradecraft and analytic work underpinning the Intelligence Community Assessment and sees no reason to dispute the conclusions,” Intelligence Committee Chair Richard Burr (R-NC) said in a statement.

The report does point out that the CIA and FBI had “high confidence” that Russia was trying to help Trump win, but that the NSA only had “moderate confidence” of that finding. However, the committee writes that they found “the analytical disagreement” between the agencies “was reasonable, transparent, and openly debated” — not the result of political bias.

This report doesn’t address the question of whether or not the Trump campaign colluded with Russia to interfere with the election. Special counsel Robert Mueller is continuing to investigate that possibility.

The Senate Intelligence Committee’s report comes as Trump is preparing to meet Putin on July 16 in Helsinki. Trump says he will raise the topic of election meddling with the Russian leader.

The committee hasn’t said its final word on this

Back in January 2017, three US intelligence agencies concluded that Putin ordered an “influence campaign” against Clinton to help Trump. Yet Trump himself has repeatedly voiced doubt about this assessment since.

“Our staff concluded that the [intelligence community’s] conclusions were accurate and on point,” Sen. Mark Warner (D-VA), the top Democrat on the Intelligence Committee, said in a joint statement with the panel’s chair, Sen. Richard Burr (R-NC). “The Russian effort was extensive, sophisticated, and ordered by President Putin himself for the purpose of helping Donald Trump and hurting Hillary Clinton.”

“There is no doubt that Russia undertook an unprecedented effort to interfere with our 2016 elections,” Burr said.

Now they’ve released more details about their conclusions. But they said that they’re still preparing a “comprehensive, classified report” on the topic, which they plan to release in unclassified format eventually. So they haven’t said their final word on the topic just yet.

Back-to-school shopping has gotten easier — but at whose expense?
The Fed’s $1.5 trillion loan injection, explained
The Senate just voted to check Trump’s ability to take military action against Iran
Heat waves can be deadly for workers and will drain the US economy
Cory Booker’s plan to fix the housing crisis and make renting affordable
The first post-debate polls say Biden won