Trump says there will be “an orderly transition” on January 20 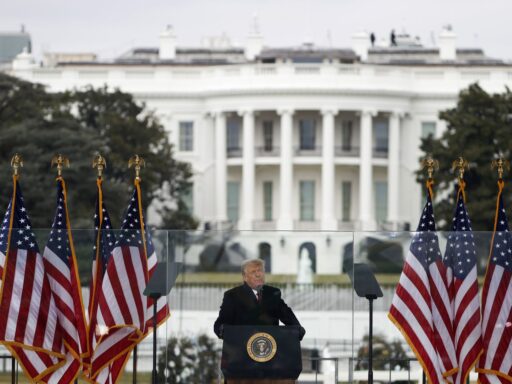 Trump still didn’t admit he lost the 2020 election in his statement.

After a long and dramatic day in Washington, DC, President Donald Trump has offered up a statement that there will be “an orderly transition” on January 20 — which may be as close as the outgoing president gets to conceding the election to President-elect Joe Biden.

“Even though I totally disagree with the outcome of the election, and the facts bear me out, nevertheless there will be an orderly transition on January 20th,” Trump said in a statement tweeted out by White House Deputy Chief of Staff Dan Scavino, a longtime Trump aide.

Scavino tweeted Trump’s statement around 3:50 am ET Thursday morning, shortly after Congress wrapped up a long joint session to formally certify President-elect Joe Biden’s 2020 victory in the Electoral College. Trump’s statement did not contain congratulations for Biden or an acknowledgment that he lost the election, but it did suggest he knows his time in office will soon come to an end.

…fight to ensure that only legal votes were counted. While this represents the end of the greatest first term in presidential history, it’s only the beginning of our fight to Make America Great Again!”

“While this represents the end of the greatest first term in presidential history, it’s only the beginning of our fight to Make America Great Again!” Trump said in his statement.

But he also said he would continue his failed and meritless attempts to overturn the 2020 presidential election.

The statement concludes the most turbulent and violent day of Trump’s presidency, after a mob of Trump supporters stormed the US Capitol — the first time the US Capitol has been breached since the British invasion in 1814. The unprecedented and at times violent scene on Capitol Hill resulted in lawmakers, staff, and Hill reporters being locked down in the House and Senate chambers and later rushed to safe, undisclosed locations.

Trump supporters vandalized congressional offices, including the office of House Speaker Nancy Pelosi (D-CA), as the Capitol Hill Police force that is tasked to protect members and staff was outmanned. At one point, an armed standoff occurred on the floor of the House chamber. One woman, who preliminary reports have identified as a Trump supporter from San Diego, was shot and killed.

Even Trump’s once-staunch allies on Fox News, including Fox and Friends host Steve Doocy, encouraged Trump to appear on TV to condemn the riot and concede the election.

All 20 previous government shutdowns, explained
Voting in person is roughly as safe as going to the grocery store
Trump strikes a bitterly vindictive tone during National Prayer Breakfast speech
Russian state media: Trump and Putin are BFFs now
An EPA children’s health official says Trump wants to “disappear” her office
Up to 25,000 National Guard troops are headed to DC. It’s unclear why so many are needed.