Trump supporters storm the US Capitol: News and updates 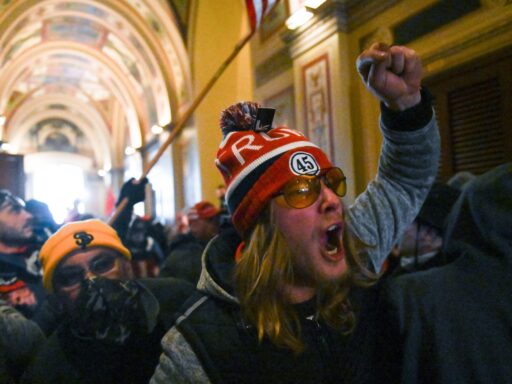 A Trump rally calling to overturn the 2020 election results devolved into a breach of the Capitol.

On Wednesday, January 6, supporters of President Donald Trump gathered in Washington, DC, for what Trump dubbed a “Save America Rally,” a two-day event meant to demonstrate support for the disproven conspiracy theory that widespread fraud marred the 2020 presidential election — and that Trump, rather than Joe Biden, is the rightful winner of that contest.

Later in the day, Trump supporters stormed the US Capitol building as lawmakers worked within to certify President-elect Biden’s 2020 Electoral College win. The debate over the results was stopped abruptly when senators were told, “Protesters are in the building,” Vox’s Sean Collins and Zack Beauchamp report. Vice President Mike Pence, who was presiding over the session, was swiftly escorted from the Senate chamber. At least one person has been shot.

As all of this unfolded, some Republicans pleaded with Trump to denounce the violent mob that breached the Capitol. Instead, Trump released a video message legitimizing their conspiracy theories.

Follow this storystream for the latest updates on the US Capitol breach.

Trump says he’s considering putting the New York area under quarantine
The next frontier for animal welfare: Fish
This week in TikTok: These kids got “quarantine famous”
Trump’s Colorado rally featured an extended meltdown over 30 seconds of critical Fox News coverage
SNL and its cast close the season with a touching goodbye
How Mars photos inspired the first CGI