Trump to Republicans in Congress: never mind, wait on immigration until after the elections 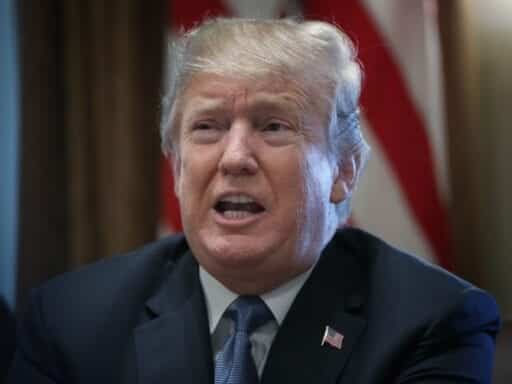 Trump just revealed how out of touch he is on the immigration fight in Congress.

President Donald Trump has blamed Congress over and over for the family separation crisis at the border, demanding they come up with a legislative fix. Then on Friday morning, he tweeted at Hill Republicans to stop “wasting” their time on an immigration bill until after the midterm elections.

Trump blamed Democrats for an embarrassing collapse inside the Republican conference on Thursday, when Republicans failed to get enough of their own members on board to pass their “compromise” immigration bill and delayed the vote yet again. They couldn’t get another more conservative bill off the ground either, which would have extended DACA while gutting the nation’s legal immigration system.

Trump claimed the problem is numbers, but the Republicans hold a majority in the House.

Republicans should stop wasting their time on Immigration until after we elect more Senators and Congressmen/women in November. Dems are just playing games, have no intention of doing anything to solves this decades old problem. We can pass great legislation after the Red Wave!

At least one Republican lawmaker in the House has attributed the chaos in negotiations to a lack of clarity in what Trump’s administration wants to see Congress do.

“I don’t understand where the administration is right now on this issue,” Rep. Mike Coffman (R-CO) said.

Trump’s tweet misrepresents what’s going on with immigration on the Hill. Here’s what to know about it:

Let’s think twice about Tiger King
Disney sets new release dates for Mulan and Black Widow, adds Captain Marvel 2 in 2022
There’s a surprisingly rich debate about how to define death
This is a worst-possible wildfire scenario for Southern California
Marie Yovanovitch’s opening statement is an indictment of the State Department under Trump
Medicare-for-all won’t happen anytime soon, but Democrats should keep talking about it