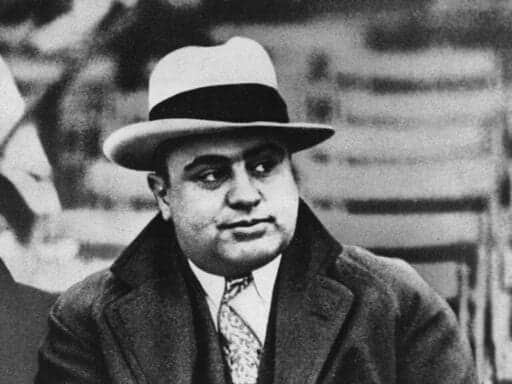 President Donald Trump was in a mood this morning, railing on Twitter against special counsel Robert Mueller’s investigation.

The timing of his latest Russia “witch hunt” rant is unsurprising: His former campaign chairman Paul Manafort is facing Day 2 of his first trial in federal court in Alexandria, Virginia. Manafort is staring down several counts of financial crimes, including bank and tax evasion. (He also faces another trial in DC, in September, which will mostly focus on his lobbying work for the pro-Russian Ukrainian government.)

Trump defended his former campaign manager — while also distancing himself from him by insisting Manafort only worked for him for a short time, and that these “old charges” have nothing to do with him.

Paul Manafort worked for Ronald Reagan, Bob Dole and many other highly prominent and respected political leaders. He worked for me for a very short time. Why didn’t government tell me that he was under investigation. These old charges have nothing to do with Collusion – a Hoax!

He also tried to gin up sympathy for Manafort by suggesting he was treated worse than notorious gangster Al Capone … or something:

Looking back on history, who was treated worse, Alfonse Capone, legendary mob boss, killer and “Public Enemy Number One,” or Paul Manafort, political operative & Reagan/Dole darling, now serving solitary confinement – although convicted of nothing? Where is the Russian Collusion?

This is not the first time Trump has compared Manafort to Capone — he said something similar in an interview with Sean Hannity last month. But the analogy remains deeply weird, and also revealing.

Capone was indeed Public Enemy No. 1 (though his full name was spelled “Alphonse”) as the Prohibition-era crime boss. The authorities managed to finally take him down not for any of his violent crimes as the most famous mobster in America, but for tax evasion. He was convicted and sent to prison because of it.

Manafort is also charged with tax evasion; specifically, he is accused of failing to pay taxes on millions of dollars laundered from offshore accounts and of failing to report his foreign accounts.

But many think Mueller — who’s charged Manafort with dozens of crimes — is trying to squeeze Manafort to get him to cooperate with prosecutors into the Russia investigation, and to “flip” on Trump and his campaign. Even the judge presiding over Manafort’s case said so.

What Trump seems to be implying then is that prosecutors “got” Manafort on the crimes they could prove — as with Capone — even though the case really isn’t about that. It’s about Russian interference in the 2016 election, and who was involved and what Trump and his aides might have known about that.

Is Trump under the impression that most Americans agree Al Capone got a raw deal, or

As for their treatment, Manafort was sent to jail in June for alleged witness tampering, and while he was reportedly in solitary confinement, as Vox’s Andrew Prokop pointed out, Manafort’s version “comes with certain amenities,” including not being confined to his cell, having access to a phone and personal laptop, and has his own bathroom and shower facility. But if Manafort’s convicted in this trial, he could spend the rest of his life in prison.

Capone had it pretty cushy in an Atlanta prison at the start of his sentence, according to Smithsonian magazine. But he was eventually sent to the infamous Alcatraz prison where he survived a stabbing by a fellow inmate in a laundry room and deteriorated from untreated syphilis.

David Lynch says his Trump endorsement was out of context, asks Trump to “turn the ship around”
“Professional bridesmaid” is an actual job. Meet a woman who does it.
Inside FIRE, the implausible millennial movement to save, invest, and quit the American workplace
Trump is trying to discredit recent polls because he’s losing in nearly all of them
How Democrats can negate the GOP’s “asshole advantage,” according to Dan Pfeiffer
Kamala Harris is a politician, not an activist. It’s an awkward fit for this moment.