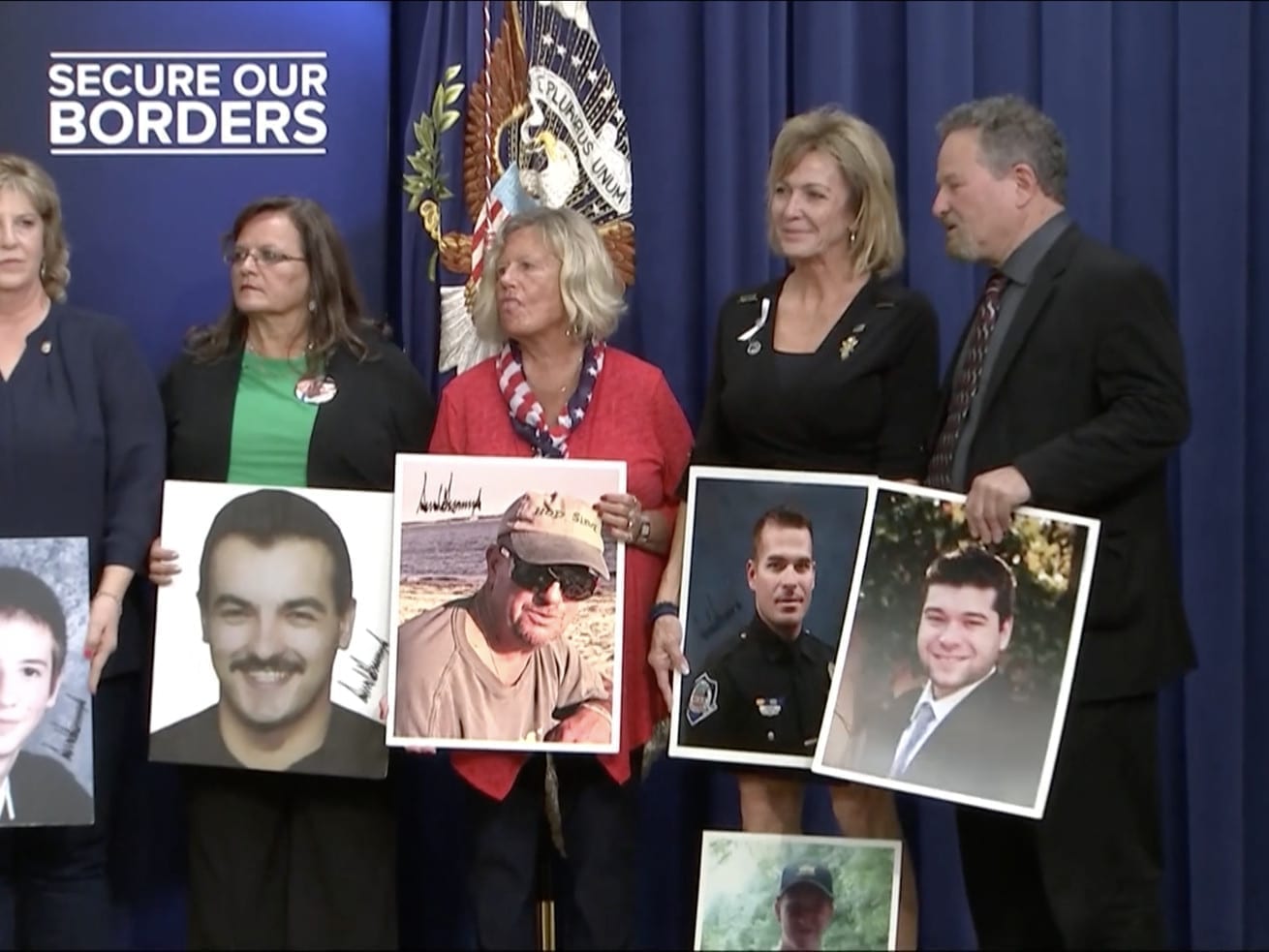 The images were displayed at a “permanent separation” event held by the administration.

Then he appeared to take it one bizarre step further, autographing the victims’ photos. It’s not clear how this came about — and particularly whether it was at the request of the families — but the portraits clearly bear Trump’s signature:

At one point during the event, Trump pointed to a photo of someone who had been killed and joked: “Tom Selleck, except better looking.”

In an effort to shift the focus of the immigration conversation from family separations, Trump held the emotionally charged event focused on the “permanent separation” that certain families have faced when their loved ones were killed by unauthorized immigrants.

“We’re gathered today to hear from the American victims of illegal immigration. You know, you hear the other side. You never hear this side,” Trump said at the event. “These are the American citizens permanently separated from their loved ones because they were killed by criminal illegal aliens. These are the families the media ignores.”

As Vox’s Emily Stewart writes, while Trump has loudly and persistently highlighted crimes committed by unauthorized immigrants, there’s little proof to suggest that they are raising US crime rates.

It’s important to note that despite the White House’s fear-mongering on the dangers of illegal immigrants, there is no proof immigrants raise crime rates in America or are particularly prone to crime. In fact, there is evidence to the contrary showing immigrants — both legal and unauthorized — are less likely to commit crimes than native-born Americans. There is not extensive data on the exact number of homicides committed by undocumented immigrants.

The family members who attended Friday’s event were each given an opportunity to describe the tragedies they had experienced and display images of their deceased loved ones.

Trump has repeatedly used people like these to make the case for his immigration policies — and to emphasize how violent he claims unauthorized immigrants are. He cited them during his keynote speech at the Republican National Convention as he made the case for closing US borders. And he mentioned them again in a campaign ad accusing Democrats of being “complicit” in murders by unauthorized immigrants when they pushed for protections for DREAMers.

And just this past week at a rally in Duluth, Minnesota, Trump leveraged their experiences as a two-for-one attack against Democrats and the media. His rhetoric has even led right-wing publications to suggest that DACA recipients are among the most dangerous unauthorized immigrants to enter the US, the accuracy of which is unclear at best.

Trump says he didn’t tell Republicans to back immigration bill. He definitely did.
Michael Cohen isn’t sounding so loyal to Trump anymore
Dem candidate criticized for poster of Wonder Woman lassoing cop
The opioid epidemic isn’t unsolvable
The past 72 hours of Trump-Russia news, explained
A venue turned down an interracial wedding, citing “Christian belief.” It’s far from the first to do...