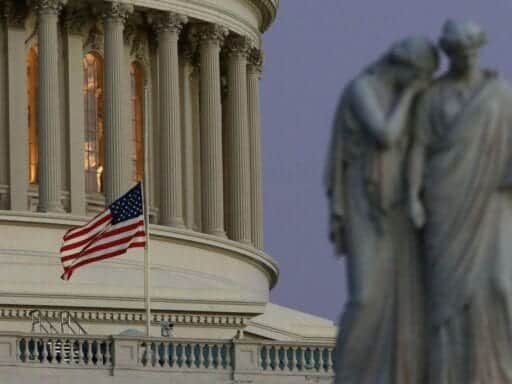 The Annapolis mayor said Monday that the president had declined his request.

President Donald Trump will now lower flags to half-staff in honor of the five people killed in the Capital Gazette shooting in Annapolis, Maryland, last week.

The president had reportedly declined a request from the mayor of Annapolis to lower the American flags, the Baltimore Sun reported Monday.

Annapolis Mayor Gavin Buckley, a Democrat, requested through members of Congress that the president order flags lowered in honor of the staff members killed in the newspaper offices. According to Buckley, the president declined the request.

“Obviously, I’m disappointed, you know? … Is there a cutoff for tragedy?” Buckley said, according to the Baltimore Sun. “This was an attack on the press. It was an attack on freedom of speech. It’s just as important as any other tragedy.”

Gov. Larry Hogan (R) ordered Maryland flags lowered flags to half-staff Friday through sunset Monday. Buckley had thought the tragedy in the newsroom warranted national attention. “It’s not as noticeable when a state flag is down but you still have your main flags at full mast,” he said.

White House Press Secretary Sarah Sanders told CNN Tuesday morning that the president will lower flags to commemorate the Capital Gazette shooting. “Last night, as soon as the President heard about the request from the Mayor he ordered the flags to be lowered,” Sanders said, according to CNN.

The initial controversy over the Capital Gazette’s request stood out because of Trump’s hostile rhetoric and frequent attacks on the media, where he has gone as far as calling the press the “enemy of the American people.” The gunman who murdered five at the Capital Gazette offices appeared to have had an obsessive vendetta against the newspaper, but the attack happened just as the nation was in the middle of a debate on civility in public discourse.

The president has seemed to tone down the Twitter attacks on the media in recent days (though he broke that streak Tuesday), and, on Friday, he described the shooting at the Capital Gazette as one that “shocked the conscience of our nation and filled our hearts with grief.”

“Journalists, like all Americans, should be free from the fear of being violently attacked while doing their job,” he said.

Trump has lowered flags to half-staff after other mass shootings, including the recent rampage in Santa Fe, Texas, that left 10 people dead and the mass shooting in Parkland, Florida in which 17 students and teachers were murdered. Trump also issued proclamations to lower flags after the horrific shootings in Las Vegas that killed 58, and after a gunman attacked a church in Sutherland Springs, Texas, which killed 26 people in 2017.

Indeed, the ordering of flags at half-staff has become somewhat of a mournful tradition after American mass murder — though not without its objections. President Barack Obama ordered the flags lowered after the attacks on police officers in Baton Rouge, Louisiana, and Dallas, Texas, in 2016; after the shooting at Pulse nightclub in Orlando in 2016, San Bernardino in 2015; and after Sandy Hook in 2012, among others.

In 2015, Obama received pushback from Republicans and some veterans for not acting quickly to order flags at half-staff to honor the five service members killed in a shooting at a military site in Chattanooga, Tennessee in July 2015.

Updated to reflect the fact that, as of Tuesday morning, President Trump will lower the flags.

Russia reportedly offered the Taliban bounties for American soldiers. Trump denies knowing about it.
Where the coronavirus is hitting rural America hard
8 great TV comedies to watch while you’re looking at your phone
Why are fewer women dying from the coronavirus?
Immigration hardliners outraged over Trump’s proposed shutdown deal
A coronavirus case at CPAC undercuts Trump’s message that Covid-19 is under control