Trump’s association health plans are kind of a flop 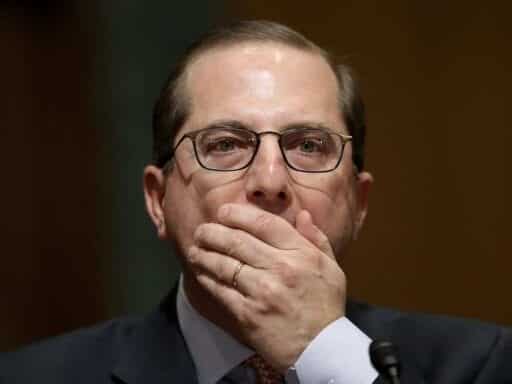 You’ll remember association health plans: The Trump administration tried to make it easier for small businesses and self-employed people to band together and buy health insurance outside of Obamacare.

Some people really like this idea. I remember Rand Paul talking about association health plans as a sort of silver bullet during the repeal debate. Groups like the National Federation of Independent Business (which led the legal fight against the ACA) have been urging their expansion for years.

But it appears something went wrong. The Trump administration has finalized its plan for expanding association health plans, but it’s suddenly doubtful that some of those groups that waited years for this will actually take advantage of their new freedom.

Politico’s Adam Cancryn reported this week that NFIB would not set up an association health plan. Why? Apparently, the actual regulations that the Trump administration wrote were unworkable.

From Adam (emphasis mine):

The NFIB isn’t the only one: Several of the nationwide trade groups that cheered Trump’s new insurance rules told POLITICO they’re still trying to figure out how to take advantage of them and whether the effort is even worth it.

That could signal there’s minimal early interest in an initiative the administration says will help lower health care costs — and one that Trump himself has prematurely hailed as a wild success.Trump falsely claimed during rallies in recent weeks that “millions” are signing up, though the new health plans can’t be sold until Sept. 1.

Behind the scenes, the NFIB had already been souring on the idea before Trump’s announcement, concluding that establishing an association health plan would be too complex and not worth the effort. The NFIB, which offered only a vague endorsement of the Trump effort last month, now says it’s abandoned any idea of setting up a national plan for its hundreds of thousands of members.

“We can’t set up an AHP under the new rules any more than [we] could under the old rules,” spokesman Adam Temple said.

(You won’t be surprised to learn that the solution, according to NFIB, is more deregulation.)

The apathy of AHP backers confirms it, but we’ve kind of known for a while that association health plans might be a bust. When you look at estimates of how the Trump administration’s policies will affect Obamacare premiums or if you talk to actuaries, they focus on the GOP’s repeal of the individual mandate and the expansion of short-term insurance plans.

AHPs were less of a factor. There could be a couple of reasons for that. When we talk about Obamacare premiums, we’re usually talking about the individual market. AHPs can only have a limited effect there, because only people who are self-employed can join them.

In an analysis published in the Actuary magazine, experts projected an increase in insurers’ medical claims ranging from 1.4 to 4.4 percent because of AHPs.

That’s because they project only 3 to 10 percent of the ACA market (so at most a couple million people, but maybe more like hundreds of thousands) would join them.

If the Trump administration’s regulations are so unworkable that even groups that were supposedly so eager to set up AHPS now aren’t going to bother, the effect could be even smaller.