Trump’s attempt to overturn the election result has sputtered out 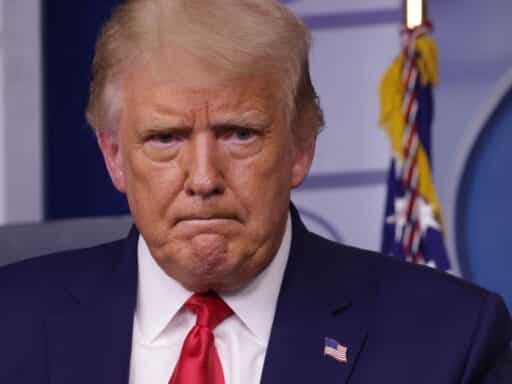 His lawsuits have flopped, certifications are proceeding on schedule, and state legislatures aren’t seriously trying to interfere.

President Donald Trump still has not conceded his defeat to President-elect Joe Biden, but his bid to overturn the election results has sputtered out over the past week.

The lawsuits of the Trump campaign and its allies have flopped. The key swing states Biden won have certified their results on schedule. And GOP state legislative leaders don’t appear to be seriously trying to interfere with the appointment of electors.

Trump is still, of course, trying his best to cast doubt on the results by making false claims of large-scale voter fraud. His latest gimmick is that his legal team is working with sympathetic Republican legislators in key states to hold press events touting supposed election irregularities. But no GOP-controlled legislature in a state Biden won seems to be making a serious push to overturn the result (a move that would entail many practical and legal obstacles).

But the deadline in federal law for states to finalize their results is December 8 — Tuesday of next week. Then, the members of the Electoral College will meet (separately in each state) to cast their votes on December 14 — two weeks from today. They are set to cast the votes that will officially make Biden the next president. And Trump has not yet been able to succeed in interfering with that process.

State certifications are on schedule

There were six key swing states where Biden won by small margins, where Trump had hopes to interfere with the certification of results (certification is when a state makes its results official).

Four of those six states — Georgia, Michigan, Pennsylvania, and Nevada — certified their results over the past week and a half, with Biden as the winner. A fifth — Arizona — certified Biden’s victory on Monday. And the final key swing state, Wisconsin, is set to certify Biden’s win as early as Monday.

Trump made political, procedural, and legal attempts to try and delay or interfere with these certifications, but these efforts have uniformly failed.

Georgia’s Republican secretary of state, Brad Raffensperger, spurned the Trump team’s attempts to get him to endorse fictitious claims of widespread voter fraud in the state. In Michigan, Trump allies’ attempts to get two Republicans on the state board of canvassers to block certification for similar reasons failed last week (one of them backed it).

In most of the other states, the key officials in charge of certifying results were Democrats, so Trump could only hope that a judge would step in and block certification. None have — so the Trump team’s lawsuits flopped.

Recounts have also failed to change the outcome. Wisconsin’s recount of two counties has concluded, and Biden’s lead of about 20,000 votes expanded by 87 votes. Georgia’s new machine recount is still ongoing, but it isn’t expected to change Biden’s 12,000 vote lead, since the ballots have already been audited by hand.

After states certify their results, the next step in the process is that the electors are appointed. And this is key — the electors are the 538 people who comprise the Electoral College and cast the votes that will officially determine the next president.

If Biden wins a state, he is entitled to have his chosen slate of people appointed as the electors for that state.

But some Republicans have embraced the theory that the Constitution empowers state legislatures to ignore the outcome of the vote in their states, and appoint whoever they want as electors instead.

Any effort to do this would run afoul of various state laws and arguably federal law as well. Legislators would essentially be asserting that the power granted them by the Constitution allows them to ignore these existing laws.

Some GOP state legislators have indeed come out in support of this, such as Pennsylvania state sen. State Sen. Doug Mastriano (who met with Trump last week before abruptly leaving the meeting after he was informed he had tested positive for Covid-19).

There is mounting evidence that the PA presidential election was compromised. If this is the case, under Article II, Section 1.2 of the US Constitution, the state legislature has the sole authority to direct the manner of selecting delegates to the Electoral College. (1)

And even though Trump’s legal team worked with allied legislators in Pennsylvania and Arizona to hold purported “hearings” about election irregularities in recent days, those weren’t official legislative hearings — they were essentially press stunts.

So with neither the officials in charge of certifications nor Republican state legislative leaders willing to try to steal the election for Trump, it looks like the president’s attempt to do just that is dead in the water.

The Doomsday Clock is now at “100 seconds to midnight.” Here’s what that means.
The racial pessimism of Clarence Thomas
Washington declared a public health emergency over measles. Thank vaccine-refusing parents
Amazon’s new area of domination: its own package delivery
Syria’s Idlib was already a humanitarian nightmare. Now the coronavirus has arrived.
House Democrats are keeping the pressure on Mitch McConnell over election security