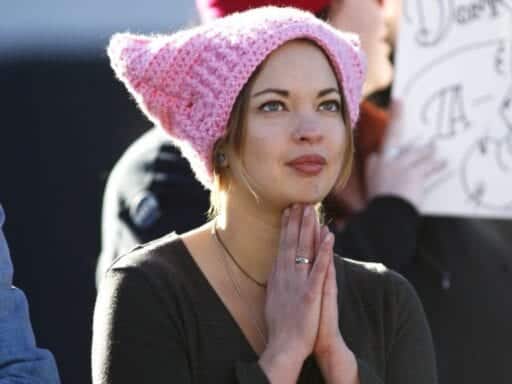 There are huge divides by age and education.

White women voters disapprove of President Donald Trump’s job performance, but nonetheless view him more favorably than other voters — showing that even as a large Trump-era gender gap seems to have opened up, gender remains a less significant marker of political behavior than race and ethnicity or even age.

Trump famously won a majority of white women’s votes in 2016, but he is currently unpopular with this group.

It’s important to note, however, that Trump was unpopular on Election Day. In past American elections, losing candidates (Al Gore, John Kerry, John McCain, Mitt Romney) were viewed favorably by more people than viewed them unfavorably. The 2016 election was a very unusual race in which both candidates’ favorable ratings were underwater. An unpopular opponent plus the Electoral College let Trump win despite being unpopular.

Among white women, meanwhile, there are huge divides based on age and education.

Age has emerged as a significant partisan divide in recent cycles, and this is particularly true for white women.

Among the youngest cohort of white women, Trump’s approval rating is a pathetic 32 percent, whereas among white female senior citizens it’s a very strong 51 percent.

Discussions of politics are often driven by stereotypes and demographic paradigms, and as such the predominant image of the “Trump supporter” has tended to be a working-class white man.

This is, indeed, Trump’s very best demographic and in some sense his electoral base. But in a practical sense, it’s Trump’s substantial strength among working-class white women that’s critical to his political success. Especially given Democrats’ self-conception as the party of women’s rights and women’s interests, their failure to do better with this group deserves to be seen as a central political issue.

The Democratic freakout over the Electoral College, explained
How thousands of Iranians went from mourning a general to protesting the regime, in a week
A field hospital in Central Park: Tuesday’s coronavirus news
Another top Democrat signals openness to abolishing the filibuster
The Covid-19 pandemic is threatening vital rainforests
How Sundance films are probing the mushy nature of truth and fiction in 2020