Trump’s executive order on social media bias is a distraction 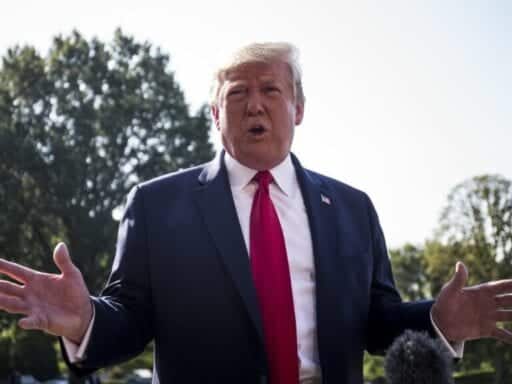 Trump is reportedly drafting an executive order on tech bias against conservatives, even though there’s no proof this bias exists.

The Trump administration is reportedly drafting an executive order to combat the bias that some Republicans accuse social media companies of displaying against conservatives.

The White House is reportedly sharing drafts of an order on the topic, according to according to Politico, which first reported the story. Details of the draft order are still vague, and it’s not clear what penalties, if any, the administration will be able to legally enforce, given protections to media platforms under the First Amendment and Section 230 of the Communications Decency Act.

Regardless of whether it’s a serious regulatory threat or not, news of this drafted executive order emphasizes yet again that one of the President Donald Trump’s main campaign tenets in the 2020 election will be to stoke his conservative base’s fears that Big Tech is prejudiced against Republicans and is manipulating the upcoming election.

Earlier this week, Trump posted a series of now-deleted tweets accusing Google of displaying political bias against him; in them, he vowed that he will be “watching Google very closely!”

As Recode and other outlets have reported, there has been no evidence to prove that companies such as Google and Twitter have anti-conservative bias baked into their products. Regardless, the president and Republican lawmakers have continued to make such claims, emboldened in part by a recent claim by a former Google engineer that he was fired for his conservative political views. (Google says the employee was fired for misusing company equipment; other reports indicate that he shared emails internally in which he defended white supremacist groups.)

But the president’s allegations against Big Tech are far wider and sustained than just those surrounding Google. Here’s a sampling of examples from the past few months alone, per Emily Stewart for Recode:

“Trump has rolled out a social media bias reporting tool that is basically a ploy to get people’s information and build out the White House email list. He consistently complains that Twitter is out to get him because his follower count keeps dropping, even though it’s part of a larger push toward health on the platform, and many prominent users are seeing their follower counts fall as a result. When social media companies have taken action against bad actors, including conspiracy theorist Alex Jones and far-right provocateur Milo Yiannopoulos, Trump has complained that companies are out to get them — but not acknowledged that these figures have failed to comply with the platforms’ terms of service. He has also accused Google of trying to rig the 2020 election against him.”

This potential executive order is another example of what many see as media posturing that won’t result in tangible actions against these companies. It also serves as a distraction from the issue of hate speech on social media that was at play in the recent mass shooting in El Paso, Texas.

Still, the president’s continued complaints against social media companies are likely to have a real impact: by setting the agenda in the national conversation about how these companies moderate speech on their platforms.

Secret data: Most VA nursing homes have more residents with bed sores, pain, than private facilities
Jeff Sessions defends Trump border policy in Reno, protesters try to block street
Sean Illing and Jamil Smith bring a new kind of interview show to your ears
Airlines to Trump: we won’t help you separate migrant kids from parents
Michael Cohen’s letter of resignation from the RNC is weird for many reasons
6 things to read, listen to, and watch to understand family separation