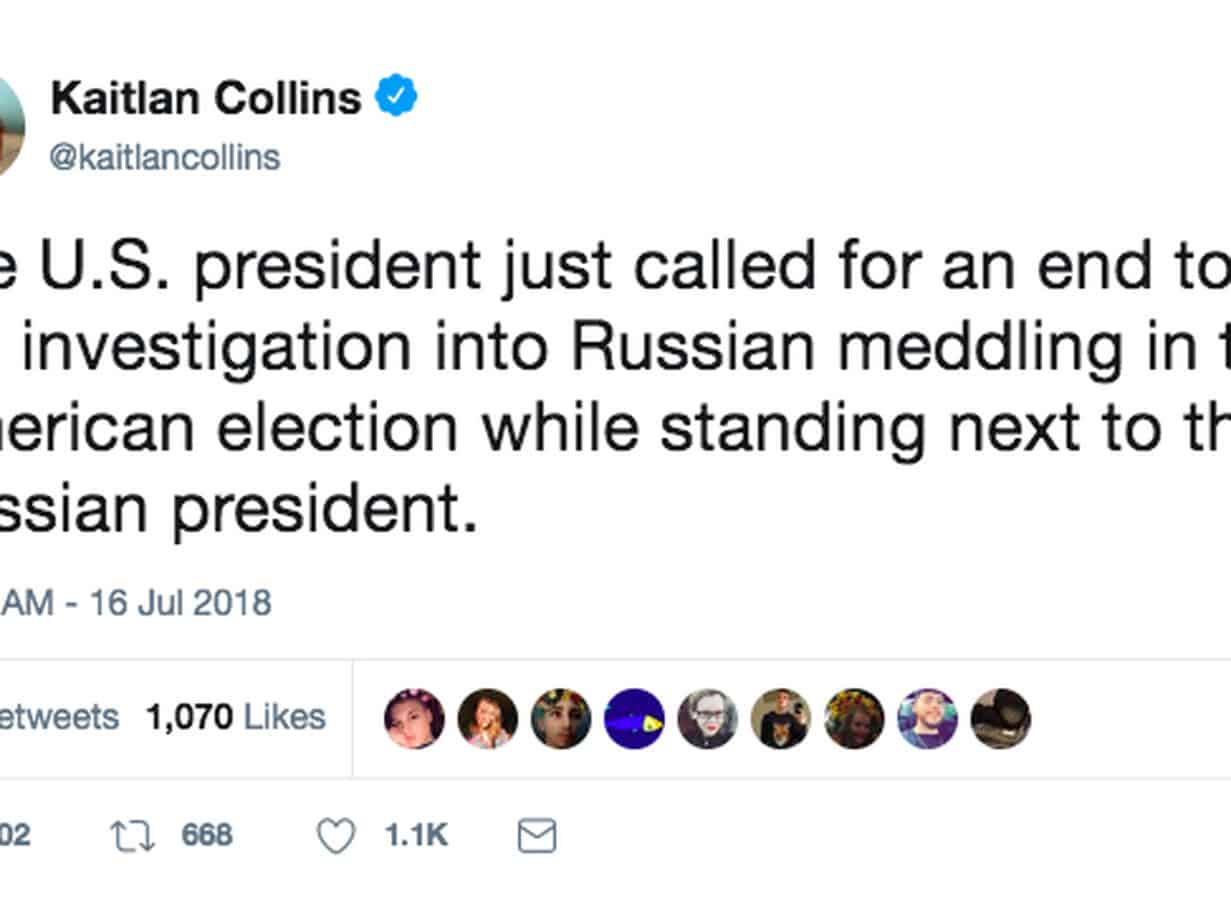 “I think that the probe is a disaster for our country,” Trump said.

If you want to know how President Donald Trump’s press conference with Russian President Vladimir Putin went, you just need to look at this tweet by CNN’s Kaitlan Collins.

The U.S. president just called for an end to the investigation into Russian meddling in the American election while standing next to the Russian president.

“I think that the probe is a disaster for our country,” Trump told reporters in Helsinki on Monday. “There was no collusion at all. Everybody knows it.”

In fact, he ended his portion of the press conference with the words “witch hunt,” his favorite moniker for the Mueller investigation.

That’s striking on every level. The American president — while the world was watching — threw US law enforcement under the bus rather than denounce Russia’s intelligence agencies. What’s worse, it seems Trump believed Putin’s denials that Moscow didn’t interfere in the election at all.

It sure seems like one hell of a propaganda win for Putin.