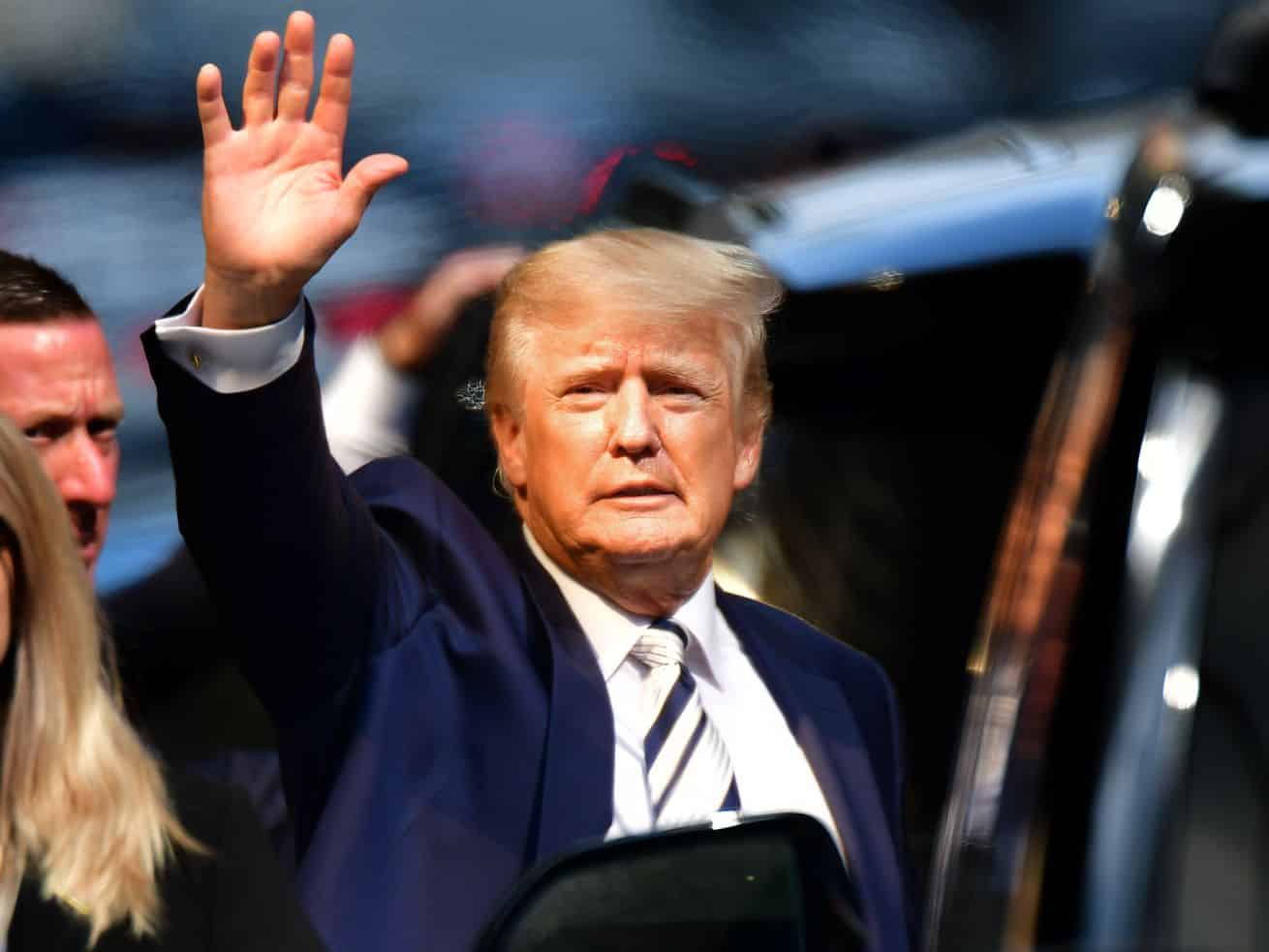 But that’s not the point.

Former President Donald Trump announced on Wednesday that he is filing class action lawsuits against Facebook, Twitter, Google, and their CEOs for allegedly violating users’ First Amendment rights when they banned him and several others from their platforms.

The lawsuits, which are being filed in conjunction with the pro-Trump populist America First Policy Institute, accuse the tech companies of censoring users for their political viewpoints. There is no clear evidence to date that major tech companies systematically censor conservatives.

Fundamentally, the cases have little legal merit and likely will not go forward, several constitutional law experts told Recode. Similar cases filed by people like conservative activist Laura Loomer, who allege tech companies have an anti-conservative bias, have been thrown out of court in recent years.

That’s primarily because the First Amendment only protects people from government censorship — and companies like Facebook, Twitter, and Google are not the government. So, even if these companies wanted to, say, hypothetically only allow liberal politicians on their platforms (which they are not doing) — legally, they could. Second, a set of internet laws called Section 230 — which Trump tried to overturn through an executive order that Biden later reversed — specifically protect tech companies from getting sued over content moderation decisions.

“From a constitutional perspective, the suit has little merit for the simple reason that Facebook and Twitter are corporations — privately owned, privately managed, and barely regulated,” Sarah Ludington, a professor and director of the First Amendment Clinic at Duke Law School wrote in an email to Recode. “It will be difficult to establish that banning Trump was ‘state action.’”

Tech companies allowed Trump to remain on their platforms for most of his presidency — even when he repeatedly violated their rules against posting violent content and misinformation. It wasn’t until after the January 6 Capitol riot that Facebook, Twitter, and Google all temporarily or permanently suspended Trump from their platforms by saying he was inciting violence related to the riots. Facebook’s independent oversight board supported the decision in the short term in May, saying that Trump’s statements were a clear risk to public safety, and asked Facebook to deliberate further on a long-term decision about whether or not to allow him back on the platform.

Trump’s latest lawsuit essentially argues that because tech companies like Facebook are so large and powerful, their “status rises beyond that of a private company to that of a state actor,” according to the lawsuit against Facebook.

“[Trump] may be hoping for a dramatic reversal in the law,” Howard Wasserman, a professor of law at Florida International University, wrote in an email to Recode. “But no court has accepted or even shown to have been a bit persuaded by these arguments.”

At a nearly hour-long press conference announcing the lawsuit on Wednesday, Trump tapped into unproven conservative accusations that tech companies are conspiring against his supporters.

“Social media has given extraordinary power to a group of big tech giants that are working with government, the mainstream media, and a large segment of a political party, to silence and suppress the views of the American people,” said Trump.

While it may be true that these cases are unlikely to win in court, it’s also true that a large segment of the American population is distrustful of the government, media, and tech. According to a 2020 Pew poll, some three-quarters of Americans think social media is intentionally censoring people for their political viewpoints. Even though social media companies have constitutional protection here against Trump’s latest spurious legal claims, these suits can still negatively impact the companies’ political perception with conservative users who support Trump.

And laws can change. Republican lawmakers introduced new legislation on Wednesday to more tightly control how social media companies moderate content, including restricting the Section 230 laws that largely shield tech companies from being sued by their users.

So, while it’s unlikely Trump’s lawsuits will advance very far, the political battle over how social media companies moderate their sites will continue.

The US is leaving Afghanistan. The Taliban is gaining. What happens now?
New York City releases preliminary ranked choice vote count — and then pulls it
Frito-Lay workers are striking. Here’s how to support them.
The fight over cage-free eggs and bacon in California, explained
The opioid epidemic isn’t unsolvable
Pope Francis condemns Trump’s family separation policy