Trump’s nonsense comments about Chicago and stop and frisk 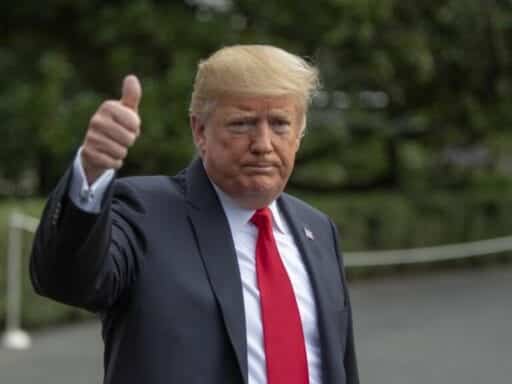 President Donald Trump simply doesn’t know what he’s talking about on Chicago and stop and frisk.

Speaking at an international gathering of police on Monday, Trump said that he’s asked Attorney General Jeff Sessions’s office to “go to the great city of Chicago to help straighten out the terrible shooting wave.” He went on, “I’ve told them to work with local authorities to try to change the horrible deal the city of Chicago’s entered into with ACLU, which ties law enforcement’s hands, and to strongly consider ‘stop and frisk.’ It works. And it was meant for problems like Chicago. It was meant for it. Stop and frisk!”

Trump is right that Chicago has started to move away from aggressive policing strategies, including stop and frisk, in recent years — as it begins to reform a police department that the US Department of Justice found treated people, particularly minorities, “as animals or subhuman.” But virtually everything else that Trump said is wrong.

First, crime, shootings, and murder are actually down in Chicago so far this year. The Brennan Center for Justice estimated that Chicago’s crime rate will, as of September, likely fall by 3.4 percent in 2018 compared to 2017, and the murder rate will fall by 23.2 percent — a big drop. The Chicago Tribune similarly reported, “Shooting incidents also have dropped by 17 percent during the first nine months of 2018 compared with last year.”

Second, stop and frisk doesn’t work, at least to the degree Trump seems to think it does. The research has long found that the effects of stop and frisk on crime were weak at best. Some studies suggested stop and frisk didn’t have any effect whatsoever.

That has led some conservative pundits to admit they were wrong about stop and frisk. Here is Kyle Smith at National Review:

Today in New York City, use of stop-and-frisk, which the department justified via the 1968 Terry v. Ohio Supreme Court ruling, has crashed. Yet the statistics are clear: Crime is lower than ever. It’s possible that crime would be even lower had stop-and-frisk been retained, but that’s moving the goalposts. I and others argued that crime would rise. Instead, it fell. We were wrong.

Trump and many conservative pundits’ hyper-focus on stop and frisk came about, as Trump alluded, due to New York’s incredible drops in crime and murder over the past few decades. They saw that New York implemented aggressive policing strategies, like stop and frisk, and as crime began to fall, they assumed that those policing strategies must have been the cause for the crime drop.

In fact, criminologists have long argued that the story is far more complicated. They’ve pointed to all sorts of changes beyond shifting police strategies: New technologies have helped police detect and stop crime. Immigration and gentrification have reinvigorated crime-ridden neighborhoods. Lead abatement has reduced aggressive behaviors. Games and other technologies have kept kids, who would otherwise be causing trouble, indoors.

All of these factors, and more, likely worked together to bring crime down nationwide and especially in New York.

To some degree, stop and frisk in particular may even make things worse. In New York City, stop and frisk made minority communities less trusting of police because, as criminologist Jeffrey Fagan found, higher minority populations in a community “predict higher numbers of stops, controlling for the local crime rate and the social and economic characteristics of the precinct.”

That higher distrust could have led to more crime. The evidence shows that police can better solve and prevent crimes if they have the trust and cooperation of their community. There’s also a concept of “legal cynicism”: When people don’t trust the police, they’re more likely to take the law into their own hands — and that might lead to more violence.

Contrary to what Trump said, that’s why some cities, including New York and Chicago, are trying to move away from aggressive police tactics like stop and frisk. It’s not the ACLU. It’s not political correctness. It’s evidence.

For more on Chicago’s crime problem and how to fix it, read Vox’s explainer.