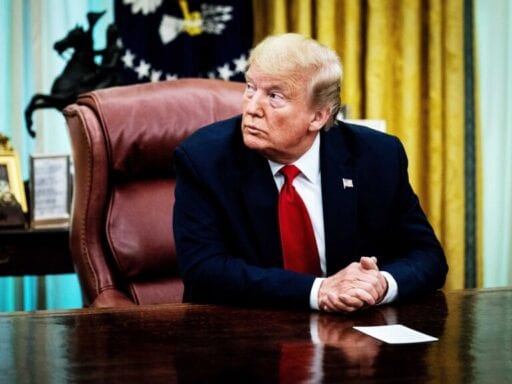 Why Trump’s purge of US watchdogs is “a war on accountability.”

President Donald Trump’s purge of officials who question his leadership continues — this time targeting another watchdog, one who accurately described America’s dearth of medical supplies and tests as the country works to confront the coronavirus crisis.

Late on Friday, the Trump administration announced it had nominated Jason Weida — an assistant US attorney in Boston — for an inspector general position at the Department of Health and Human Services, one of the agencies tasked with responding to the country’s outbreak.

The problem is that position is already filled by Christi Grimm, who before the nomination had not publicly expressed a desire to step down as the department’s principal deputy inspector general.

So why the sudden change? The answer is easy enough to divine: her report released last month laid bare Trump’s feckless coronavirus response.

Why Grimm’s coronavirus report made Trump so angry

In late March, Grimm surveyed over 300 hospitals in nearly 50 states and territories to better understand what they faced as an influx of coronavirus patients flooded their facilities. What she found was “their most significant challenges centered on testing and caring for patients with COVID-19 and keeping staff safe. Hospitals said that severe shortages of testing supplies and extended waits for test results limited hospitals’ ability to monitor the health of patients and staff.”

“They also reported that widespread shortages of personal protective equipment (PPE) put staff and patients at risk,” she also wrote. “In addition, hospitals said that they were not always able to maintain adequate staffing levels or to offer staff adequate support.”

While the report didn’t directly question the federal government’s response, it made clear hospitals still had serious concerns about their ability to care for patients many weeks after the first coronavirus case was detected in the US.

Trump was asked about this report during an April 6 press conference with the government’s coronavirus task force. He fumed at the conclusions.

When it became clear to him that Grimm served in the Obama administration, he derided the report as “a typical fake-news deal.” But, Grimm is a career official who’s been in government since the Clinton administration and has worked for two Democrats and two Republicans, including Trump. She took over her current role as acting inspector general after the last person in that position left.

None of that information seemed to sink in for Trump, as just one day later he assailed Grimm on Twitter.

Why didn’t the I.G., who spent 8 years with the Obama Administration (Did she Report on the failed H1N1 Swine Flu debacle where 17,000 people died?), want to talk to the Admirals, Generals, V.P. & others in charge, before doing her report. Another Fake Dossier!

It’d be one thing if Trump’s ire was reserved only for Grimm and her eventual dismissal was a one-off thing — as disturbing as such a one-off would be. But this is clearly a pattern for the president, one that’s a troubling sign about the health of good governance in America.

In early April, Trump went on a firing rampage.

Vox’s Zack Beauchamp last month described what all of this really meant:

Atkinson’s firing was not merely revenge for impeachment. It was a warning that, during the coronavirus crisis, Trump would not tolerate similarly vigorous oversight of his conduct. Official watchdogs are on notice: Doing your job too effectively could be career suicide.

This is a war on the very concept of oversight — and a sign that the United States is not immune from a global trend of creeping coronavirus authoritarianism.

This was perhaps the logical end point after Trump pressured Ukraine into opening investigations into former Vice President Joe Biden’s family last year without an indictment from the Senate. The president has surely concluded he can now get away with anything, including punishing those who dare point out his presidency is anything other than a roaring success.

That, experts note, is scary. “This is a war on accountability,” tweeted Walter Shaub, the former White House ethics chief who stepped down over Trump’s actions, “and [it] won’t end until Trump destroys every last institutional safeguard against corruption.”

Based on Trump’s decision to replace Grimm, it’s a war the president seems to be winning.