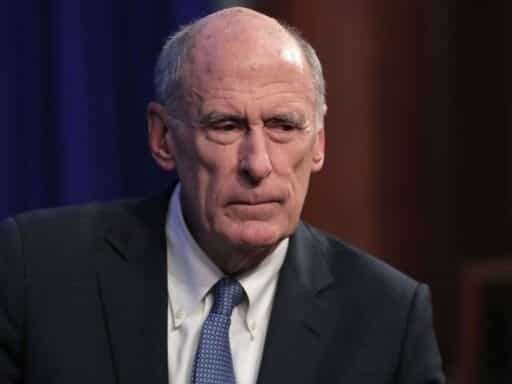 “We have been clear in our assessments of Russian meddling in the 2016 election and their ongoing, pervasive efforts to undermine our democracy,” Dan Coats said.

The Trump administration’s top intelligence official is not very happy with his boss right now, it seems.

During a Monday press conference with Russian President Vladimir Putin, President Donald Trump refused to condemn Russia for meddling in the 2016 election and seemed to side with the Russian dictator over his own intelligence agencies.

“My people came to me, Dan Coats came to me and some others, and said they think it’s Russia. I have President Putin; he just said it’s not Russia. I will say this. I don’t see any reason why it would be,” Trump told reporters in Helsinki, Finland, where the summit was held.

It was an astonishing moment — and one that apparently didn’t sit too well with Coats, Trump’s director of national intelligence, who is in charge of overseeing all the various US intelligence agencies.

Just a few hours after the press conference, Coats blasted out a carefully worded yet defiant statement contradicting the president:

The role of the Intelligence Community is to provide the best information and fact-based assessments possible for the President and policymakers. We have been clear in our assessments of Russian meddling in the 2016 election and their ongoing, pervasive efforts to undermine our democracy, and we will continue to provide unvarnished and objective intelligence in support of our national security.

Coats, a former Republican senator, and other top intelligence officials have been sounding the alarm over Russian meddling for more than a year now.

In January 2017, three US intelligence agencies issued a joint report stating that Russia interfered in the election, and that Putin himself likely ordered the attack. Two weeks ago, the GOP-led Senate Intelligence Committee concluded that that assessment was “well supported.”

What’s worse, Coats and other top US national security officials have warned for months that Russia would certainly try to meddle again in the 2018 midterm elections.

But Coats had thus far refrained from openly criticizing the president, despite Trump’s frequent statements calling the Russia investigation a “witch hunt.”

In a Monday interview with CBS, Trump responded to Coats’s statement: “I don’t know if I agree with that. I’d have to look. But I have a lot of respect for Dan.”

Yet for Coats — or any sitting top American intelligence official, for that matter — to push back on the president like this just goes to show how horrified Coats must be.

1 million Americans live in RVs. Here’s how we’re coping with the pandemic.
Why alt-right trolls shouted down Donald Trump Jr.
How to self-isolate if you think you have coronavirus
The Trump administration says it has reunited more than 500 families. One legal group in Texas has c...
Judge orders Johnson & Johnson to pay $570 million for role in Oklahoma’s opioid epidemic
Susan Choi talks process, teenagers, and the infamously tricky ending of Trust Exercise