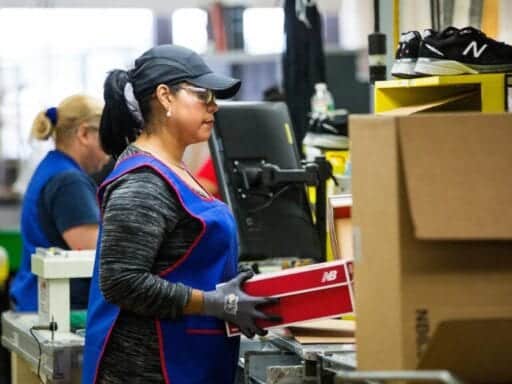 The global economy is expected to take a small hit for the rest of this year and next year — and it’s partly President Donald Trump’s fault.

The International Monetary Fund (IMF) released a major report on Tuesday that projected the world’s economy will grow by 3.7 percent, which is 0.2 points lower than they had estimated in April. That’s the same rate of growth as 2017, signaling a slight slowdown — and Trump’s trade policies are a major reason why.

“[T]he forecast for 2019 has been revised down due to recently announced trade measures, including the tariffs imposed on $200 billion of US imports from China,” reads the IMF’s “World Economic Outlook” report.

Trump recently placed tariffs on Chinese products to punish the country for years of unfair trading practices, including stealing American intellectual property for the benefit of its economy.

The gambit may have worked somewhat: The IMF noted that China’s economy will drop to 6.2 percent growth as opposed to the once-expected 6.6 percent. But China has responded with tariffs on its own on American products, making it even harder for US companies to sell in the Chinese market.

The measures clearly will have broader, lasting effects on the world.

“When you have the world’s two largest economies at odds, that’s a situation where everyone suffers,” Maurice Obstfeld, the IMF’s chief economist, told reporters on Tuesday. He added that global growth could further drop “close to a percentage [point]” if the trade war continues.

But Trump’s effect on the global economy extends beyond the China trade war.

Obstfeld also said that uncertainty surrounding two trade deals involving the US — the new US-Mexico-Canada Agreement which is intended to replace NAFTA, and a pending US-Europe trade deal — may lead to a slight economic downturn.

In effect, the president’s desire to improve trade deals for America’s benefit may be harming the world’s economy in the long run.

That could present a problem for the US as well, since it relies on foreign countries for many of its goods. If other countries start to experience economic slowdowns of their own, the US will likely have more difficulty doing business with them.

This bad news isn’t all America’s fault, though. Higher oil prices, instability in emerging economies like Russia’s, problems in Europe among countries that use the euro currency, and more contributed to the gloomier projection.

Still, the ongoing US trade war with China is the biggest problem — and that can largely be traced back to Trump. Even though 91 percent of economists in August said that tariffs would hurt US economic growth, the president chose to put them in place anyway.

Indeed, the IMF also projected that Trump’s trade war will hurt America’s economy, dropping growth to 2.5 percent as opposed to the previous 2.9 percent estimation. That’s a blow to Trump, who so far has overseen a booming American economy, in part aided by sweeping tax cuts.

That means many around the world, including some in the US, will suffer because of Trump’s uniquely combative economic policies.