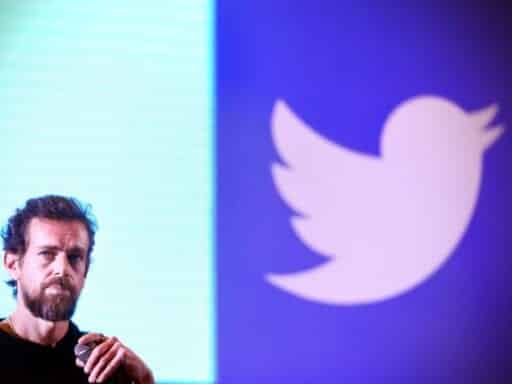 The platform’s latest policy could make it harder to combat misinformation.

In typical knee-jerk fashion, cable news pundits and even Democrats praised Twitter’s move as a game-changing, responsible action that will distinguish it from Facebook’s numb-founding decision to decline to fact-check its political ads, thereby allowing politicians to pay for posts that promote any wild accusation or debunked conspiracy theory. But activists saw the bigger picture. As the founder of the Abortion Access Front, Twitter’s announced policy would have killed our nonprofit’s ability to pay for ads that promote our shows, rallies, and actions where we push back against dishonest anti-abortion rhetoric with facts.

After weeks of outcry from activists working in numerous fields, Twitter backtracked on Friday, announcing it would continue to allow some paid issue advocacy on the platform.

Yay for us, right? Wrong.

Twitter seems to have created more questions than answers. In a call with reporters on Friday, Vijaya Gadde, Twitter’s legal, policy, and trust and safety lead, laid out some basic guidelines of the new policy. What it lacks in specifics, it makes up for in vagueness.

First off, issue advertisers must now get certified. The “How to get certified” page states groups must provide personal information, like a mailing address, which Twitter will surely keep safe. Once certified, an issue advertiser won’t be able to target people by zip code, which is not going to be helpful if, say, there’s a water crisis in a certain area of the city, but you can’t use zip codes to help raise awareness about it.

Another new rule is that you can’t promote an advocacy ad that is tied to promoting or opposing a piece of legislation, candidate, or judicial nominee. So, if you were thinking about paying for an ad to voice your concern about a judge nominated for a lifetime appointment who is on the record claiming abortion is murder, that, too, is a no-go. They also emphasize you can’t promote “prohibited advertisers.”

In the interest of transparency, I am personally a prohibited advertiser. Not Abortion Access Front, but me, personally. I was banned from buying ads because, wait for it, I use profanity in my feed. That’s right. I can’t buy an ad because I occasionally drop F bombs in my own posts. FYI, swearing in a tweet is not against Twitter policy, it just makes me a prohibited advertiser. This means that if I appear at an Abortion Access Front event, or any other charity function I may give my time to, they can’t pay to promote my appearance because I am on the prohibited advertiser list. It’s a huge problem.

But the biggest head-shaker is that Gadde also acknowledged that specifics aren’t set, and that some areas will be subjective. So, this policy goes into effect on November 22 and there aren’t any specifics? What is a subjective policy? Does each ad rep get to interpret the policy as they understand it? Or worse, do they decide to accept or reject an ad based on their own “subjective” ideological leanings?

For me, this is one of the most frustrating parts of this announcement. The very reason there are endless abortion and climate debates in this country is because the media and politicians have given the “subjective” opinions of uninformed talking heads the same credibility as actual experts. Twitter’s new policy seems to further this trend by continuing to undermine our ability to promote evidence-based information.

I started Abortion Access Front because anti-abortion zealots fill platforms like Twitter and Facebook daily with dangerous and medically inaccurate quackery that has resulted in politicians using these lies as the basis for hundreds and hundreds of abortion restrictions. Yet when you watch cable news, late night shows, or presidential debates, these relentless attacks are barely mentioned.

Our mission is simple: Since the media won’t prioritize correcting all the disinformation, we will. AAF’s performers, writers, and activists spend four months out of the year doing a reproductive rights roadshow that brings comedy fans together with reproductive rights and justice activists and abortion providers for an evening of fun and community building designed to entertain and educate.

Up until last year, Twitter and Facebook ads had been a crucial tool in helping us rally folks to our events, because it’s nearly impossible to grow an audience with social media posts alone. The ads allowed us to target regions, cities, and people who have expressed concerns about reproductive rights. These ads helped us reach people who want to become more engaged, but possibly have never heard of our organization.

We need these ads, especially now. We travel almost entirely to states where the abortion bans have hit the hardest and these ads had become the last pipeline to target specific markets, where local media has become less and less willing to do stories or interviews that focus on abortion rights. Often in those markets, if we put up flyers, they get ripped down. These ads are sometimes all we have. We even tried to pay for a billboard in Minneapolis that had our name and featured a line drawing of a uterus, yet the billboard was rejected because putting “a vagina” on a billboard was too controversial. Not sure what makes me more ragey: the censorship of abortion or someone not knowing the difference between a fallopian tube and a labia.

Social media ads helped us cut through this kind of b.s. and directly reach our audience. Until changes started happening.

Before there was Twitter’s policy, there was Facebook’s. Abortion is considered a “social issue” by Facebook, looped in with elections and politics, so with “abortion” in our name, we had to become political advertisers. To do this meant giving the platform even more personal information than most Facebook users usually do.

Unlike the average Facebook user who has the option of adding their phone number, “political advertisers” are required to provide one. We are also required to provide our address (P.O. boxes are not allowed) — and now that information is public record. To be clear, this means the address of our organization is available for anti-abortion zealots to target. They already show up to our events with bloody fetus signs and bullhorns, and make threats to me and my staff on Facebook and Twitter. Why wouldn’t they show up at our offices?

And what makes matters worse — venues where we do our shows have had to also become “political advertisers” to cross promote the event with their own ads on Facebook. Many of these club owners, understandably so, don’t feel comfortable giving up their personal information, so they opt out of promoting the shows. That means, we find ourselves scrambling to work with clubs and producers who are willing to make themselves publicly vulnerable by placing an ad (especially in red states), or we have to do it ourselves, which is an unnecessary and costly burden placed on us with the hope that it pays off. For small nonprofits like mine, that is an expensive crap shoot, and spending extra money while creating more restrictions on how we can get the word out means reaching fewer people. And fewer people hearing the truth means we are less effective at helping change the narrative.

While the reach of Twitter’s ban seems uncertain for now, both Facebook’s and Twitter’s policies seem as though they were created, at best, in a vacuum of people who know nothing about issue advocacy, or worse, intentionally crafted to make it extremely difficult for nonprofits to place ads that combat the lies and misinformation about the most important issues of our time. Ironically, lies they allow to be posted on their platforms remain free of charge.

Jack D. and Mark Z. need to understand why certain issues become political. When it comes to abortion, let’s be clear: It is a one-sided battle waged exclusively by those who feel that they are entitled to make decisions about someone else’s body and destiny. Those of us who fight back aren’t being political; we are fighting for our lives.

Had they talked to those of us doing the work, maybe they would understand that and start cleaning up the mess they have created. Or at the very least, not restrict us from paying them to do it for them.

Lizz Winstead is a comedian and co-creator and former head writer of The Daily Show. Currently, she is founder and chief creative officer of the reproductive rights nonprofit Abortion Access Front.

The most important variable in reopening schools in this pandemic
Wayfair employees to protest alleged sale of furniture for border detention facility
The LGBTQ rights issue 2020 Democrats still aren’t talking about
How Whole Foods, yoga, and NPR became the hallmarks of the modern elite
The White House is dealing with another Covid outbreak
Aquaman first trailer: Jason Momoa is the Earth’s only, fish-whispering, hope