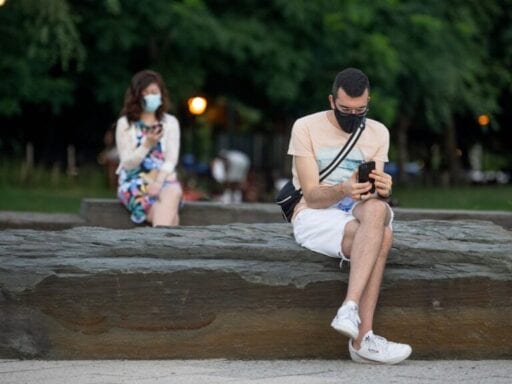 You can now limit who is allowed to respond to your tweets, which Twitter says is helping reduce harassment.

If you’re on Twitter — and especially if you’re a woman on Twitter — you’re probably well aware of the “reply guy” phenomenon.

It goes something like this: You post something on Twitter — a joke, a fact, a personal story — and you get a bunch of unhelpful, distracting, and sometimes hateful replies alongside the thoughtful responses to your original tweet.

Twitter is rolling out a new feature today that it has been testing since May to help people shut out reply guys and other unwanted interactions on the platform. Now, when you tweet, you can limit who can reply to either the people you follow or the people you mention (by tagging their handle with the @ tag) in the tweet. People who can’t reply can still view, share, and “like” the tweets you limit replies on.

As for those who feel left out of the conversation — reply guy or otherwise — they can still quote and retweet these limited-reply tweets.

Limiting replies is an important feature because it’s designed to help some people who may otherwise feel bombarded with harassment on Twitter be more comfortable posting on the platform. According to Twitter’s internal research, people who submitted abuse reports are three times more likely to use these settings.

The reply-limiting feature is also useful for people who are trying to have a focused conversation in a small group, like a virtual panel discussion or a 1:1 interview. Take, for example, the interview that Recode co-founder Kara Swisher had with Twitter CEO Jack Dorsey via Twitter back in February. The Q&A between Dorsey and Swisher was nearly impossible to follow along because they were both bombarded with distracting replies that cluttered the discussion. (Dorsey joked about the event when Twitter first announced the reply-limiting feature in May.)

Since Twitter has been testing this feature, the company says it’s seen some solid progress, as detailed in a blog post by Twitter director of product management Suzanne Xie. Xie wrote that people who tested the feature are seeing positive results: They said they feel more protected from spam and abuse and are more comfortable sharing their thoughts freely as a result.

“These settings help some people feel safer and could lead to more meaningful conversations, while still allowing people to see different points of view,” wrote Xie.

And, mercifully, Twitter says that “reply guys” aren’t blasting people’s DMs instead — for now. It’s too soon to tell how this will feature will be received now that it’s being rolled out on a wider scale. But the hope is it will make the platform a little less awful for some people.