Twitter is walking into a minefield with its political ads ban 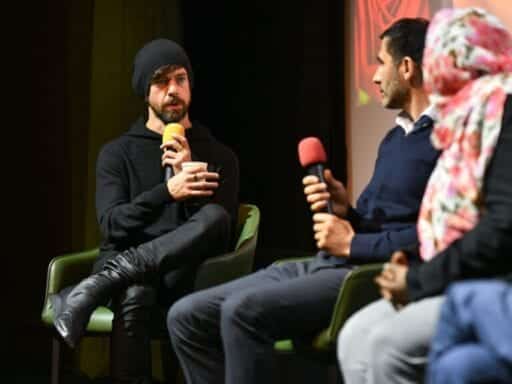 Twitter just released the first iteration of its policies banning political ads — and appears to have changed course on CEO Jack Dorsey’s declaration it would ban issue ads.

Twitter’s public honeymoon after its announcement of a ban on political ads is over. The social media company now faces the task of actually fleshing its new policy out — and dealing with the inevitable protests and unanswered questions moving forward.

On Friday, the San Francisco-based company unveiled the first iteration of its new policies surrounding political advertisements on its platform. Just over two weeks ago and amid controversy over Facebook’s policy that allows politicians to lie in ads, CEO Jack Dorsey announced on Twitter that his firm would ban political ads. The announcement was widely praised, but it also brought a lot of questions about what constitutes a political ad and how Twitter would go about carrying this out. Friday is the first time we’re getting a look at the details of how the policy will look.

Twitter’s new guidance is essentially a rough outline of a policy that still has a lot of details to work out and that will inevitably cause backlash — a fact it isn’t shying away from.

“This is entirely new terrain,” said Vijaya Gadde, legal, policy, and trust and safety lead at Twitter, in a call with reporters on Friday. She acknowledged that especially on the global level, Twitter has a lot of specifics to figure out, and that some areas will be subjective. “We’re also prepared that we’re going to make some mistakes, and we’re going to have to learn and improve this policy over time,” she said.

Twitter won’t enforce its new policies around political ads until November 22, and it says it plans to roll out more information before then. But it’s moving fast.

Twitter’s initial announcement of its political ads ban was in many ways a public relations win for the company — political advertising isn’t a big part of its overall revenue (just $3 million in the 2018 midterms on $3 billion in total revenue for the company that year). But given all of the public outcry over Facebook’s policy against fact-checking ads from politicians, it was a quick way to get a leg-up on a competitor.

Now comes the hard part of putting the ban in place. Twitter hasn’t proven itself to be hyper effective at addressing abusive behavior and offensive content on its platform in the past, and it’s bound to have missteps this time around, too. It’s already changed course on how it will approach issue ads, which it initially said it would ban but now will allow — with some qualifications.

Twitter’s view is that the reach of political messages should be earned, not bought, and advertising should not be used to drive political or regulatory outcomes.

To that end, it will ban political content as of next week, defining that as “content that references a candidate, political party, elected or appointed government official, election, referendum, ballot measure, legislation, regulation, directive, or judicial outcome.” Ads containing political content, such as voting or fundraising appeals and ads that advocate for and against political content, are barred. Candidates, political parties, and elected or appointed government officials will not be allowed to run ads of any kind, and in the United States, that will apply to PACs, super PACs, and 501(c)(4)s as well.

Once politicians are out of office, they can run an ad — assuming it isn’t political content.

The more complicated part of Twitter’s new policy relates to cause-based advertising, in other words, issue ads. Dorsey in October said the company would ban issue ads, but it appears to have changed course.

Twitter says it will allow ads with messages about issues such as civil engagement, the economy, the environment, and social equity, but they can’t advocate for or against a specific political, judicial, legislative, or regulatory outcome related to those matters. Basically, advertisers can talk about those topics, but they can’t push a specific result on them. So a group, for example, could put out an ad warning against the dangers of climate change, but it presumably can’t encourage the passage of the Green New Deal, or direct people to a candidate’s homepage.

In that category, there will be restrictions on micro-targeting, an important tool advertisers use to try to reach the exact people they believe will be most amenable to their messages. Any group or person trying to put out ads about a cause will only be able to target at the state, province, or regional level — no zip codes — and can’t use keywords and interest targeting around politics, such as conservative or liberal. Micro-targeting restrictions will presumably make it harder for ads to be served to heavily siloed corners of the platform.

For-profit organizations — ExxonMobil or Walmart, for example — can run cause-related ads, but they’re not supposed to be ones aimed at driving a political outcome but instead tied to the organization’s “publicly stated values, principles, and/or beliefs.” In other words, Exxon can run an ad showing the benefits of fracking, but they can’t run an ad that promotes a piece of legislation that would allow fracking somewhere.

Outlets Twitter defines as “news publishers” will be able to run ads, assuming they aren’t pushing political beliefs or advocating for or against an issue. In other words, an ad pushing a media outlet’s political endorsement or an opinion column would be barred.

There are a lot of holes to poke in this

This is just a first step in what is likely to be a long process for Twitter, and a new set of controversies about how it and other social media companies deal with content on their platforms.

For one thing, while Twitter won’t allow ads that advocate for or against a specific political cause, the policy’s a lot squishier about ads containing disinformation. Twitter won’t allow a hypothetical ad from Walmart, for example, telling people to call their representatives and advocate against a $15 minimum wage. But could Walmart take out an ad saying a $15 minimum wage bankrupted a town in Iowa, or just push some softer but inaccurate talking points on the matter? Maybe.

Del Harvey, vice president of trust and safety at Twitter, said in the Friday press call that she believes one of the defenses against disinformation in ads is the backlash they might produce on the platform. “One of the benefits of Twitter being a primarily public platform is that you can absolutely be called [out] and held accountable for what you say,” she said.

It would appear as though Planned Parenthood, which is a 501(c)3 nonprofit, would be able to run a Twitter ad talking about the benefits of birth control or sexually transmitted infection testing. And someone could presumably run an ad advocating for LGBTQ equality, as long as it’s not tied to a specific bill or court case. But the line between what is and isn’t allowed is going to be a thin one — advocates are often clearly trying to influence public opinion and the law, even if not a specific piece of legislation.

What exact terms will be prohibited in micro-targeting? How will Twitter enforce these policies? How will it identify those who inevitably try to game the system and set up a system for people to flag ads they believe break the rules? Will Twitter be transparent on how it makes subjective decisions? These are all things we still don’t completely know. Some of this plane is going to get built while it’s already in the air.

“We’re moving really quickly here, because we think that the timing is urgent,” Gadde said.

“Twitter is still going to be trying to define what is political. Can it be contested? They’ve already proven themselves, just like the other platform companies, to be really bad at making those decisions,” Shannon McGregor, a political communications researcher at the University of Utah, told Recode in an interview before this first round of policies was released.

Twitter also serves as a test case for potential bigger players that have come under scrutiny over their political advertising policies, including Facebook, which is surely watching.

An AI system competed against a human debate champion. Here’s what happened.
Congress passed a short-term funding bill, giving itself two more days to negotiate stimulus
The New York Times is thriving in chaos
The biggest lie we still teach in American history classes
He signed up to DJ on a cruise ship. Then coronavirus struck.
How Republicans are using the language of #MeToo against Democrats