Twitter released 9 million tweets from one Russian troll farm. Here’s what we learned. 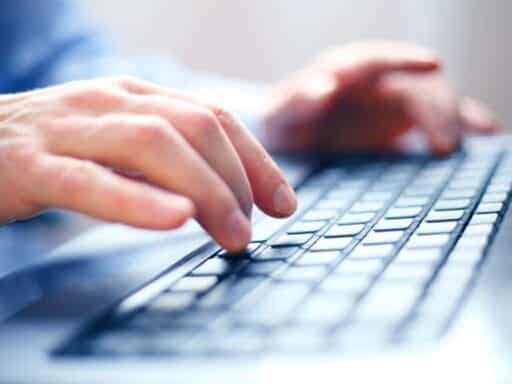 On Wednesday, Twitter, in keeping with its recent promise to Congress to be transparent about its attempts to prevent election interference on its platforms, released more than 10 million tweets that had been circulated by propaganda farms and their associated puppet accounts.

The vast majority of the tweets aren’t new — many of them, as the research firm DFR Lab noted in its extensive analysis of the tweets, have been collated and released before by numerous media outlets, government officials, and researchers.

The size of this release, however, confirms much of what experts have long suspected about the scope and function of the tweets — and further establishes that the goals of these propaganda farms, which mainly hail from Russia and Iran, involve not only the disruption of US politics but also the distortion of political debate in their own backyards.

Here are the most important takeaways from the massive data release.

1) One Russian company is behind most of the released tweets. The others are all likely from Iran.

Twitter announced that all the tweets it was releasing had come from “3,841 accounts affiliated with the IRA [Internet Research Agency], originating in Russia, and 770 other accounts, potentially originating in Iran.” The Twitter dump encompasses 10 million tweets since 2009 — 9 million of them from the IRA, the rest mainly from the suspected Iranian accounts.

The IRA is a known Russian troll factory, and it’s responsible for the vast majority of the flood of troll content that’s been unleashed across social media in recent years — as well as a significant amount of direct campaigning in the 2016 US election.

As reported extensively in previous news coverage, many of the campaigns undertaken by the IRA involved anti-Clinton propaganda, as well as the process of infiltrating and further polarizing already polarized internet communities on social media.

Earlier this year, special counsel Robert Mueller indicted the IRA for its actions, including a charge for “conspiracy to defraud the United States.” However, there’s little evidence that the IRA’s agitation was directly responsible for shifting election results.

The information released by Twitter, along with other reporting and analysis on the subject, suggests that the IRA, as well as the other Iranian-based operations, was equally focused on shifting opinions locally and abroad.

In Russia, this meant distorting coverage of the Ukrainian civil war against Russia, as well as influencing debate about local Russian politics. The Russian trolls tweeted more heavily in Russian than in English.

Though most of the tweets about the US election involved stirring up anti-Clinton sentiment, the trolls deployed a wide range of political rhetoric, ranging from tweets supporting the Black Lives Matter movement to spreading conspiracy theories and hoaxes.

This often involved stoking both sides of a political controversy at the same time, as well as capitalizing on current news, events, and hashtags for maximum efficacy. The trolls also engaged with pop culture and internet memes to seem more authentic.

Twitter is releasing the data now in conjunction with its ongoing efforts to fulfill a promise made at a congressional hearing last year to be more transparent about attempts to influence the upcoming election on its platform.

Earlier this year, the company launched an Ad Transparency Center, intended to give users a closer look at who was running ads on the platform, as well as statistics about political ads like demographic targeting data. But it also promised to tackle election interference from “bad actors,” e.g., foreign troll farms.

“It is clear that information operations and coordinated inauthentic behavior will not cease,” wrote Twitter staffers Vijaya Gadde and Yoel Roth in a blog post on the data release. “These types of tactics have been around for far longer than Twitter has existed — they will adapt and change as the geopolitical terrain evolves worldwide and as new technologies emerge. For our part, we are committed to understanding how bad-faith actors use our services.”

Twitter also emphasized it was publicizing its data so third-party research and analysis could be made. “We are making this data available with the goal of encouraging open research and investigation of these behaviors from researchers and academics around the world. This is the continuation of our overarching mission to serve the public conversation.”

Nursing homes are especially vulnerable to Covid-19. Here’s what it’s like to work in one.
The US and Taliban take a first step toward a peace deal in Afghanistan
Trump’s defense counsel attempt to cast doubt on facts of impeachment case
The US retaliatory strikes on an Iran-backed militia in Iraq, briefly explained
Tiny Samoa has had nearly 5,000 measles cases. Here’s how it got so bad.
Nationwide, male doctors get paid $100,000 more than female doctors