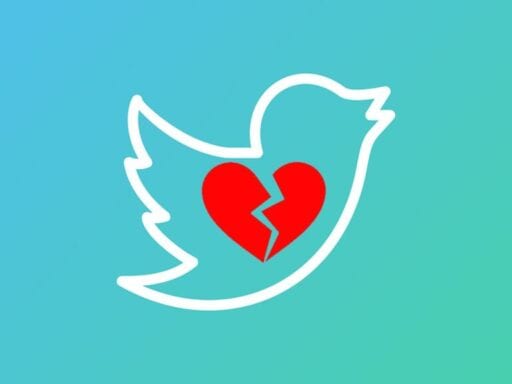 As Twitter continues to grapple with an ongoing ideological crisis, the company has repeatedly come in for criticism that it fails to take tonally appropriate action in response to problems on its platform. This week, another round of such criticism has greeted a report that the company may be removing the popular “like” button from tweets at some point in the future.

According to the Telegraph, Twitter CEO Jack Dorsey stated at a private Twitter event last week that he planned to do away with the heart-shaped button “soon.”

The rumor arrives amid renewed criticism of Twitter’s failure to curb harassment and violent content on its platform, sparked by last week’s revelation that the man suspected of mailing pipe bombs to prominent Democrats had an active and hostile Twitter account that he used to threaten others and perpetuate conspiracy theories. (His account was banned shortly after his arrest.) And while the revelations about his Twitter have no direct bearing on the “like” button or its future, they do inform the context in which the Telegraph report is being received.

It’s unclear in what context Dorsey’s comments were made, but they appear to be part of Twitter’s rethinking of the overall health of its platform. At last month’s Wired25 summit, Dorsey made an onstage remark questioning the “like” button’s worth in facilitating meaningful communication.

Dorsey has emphasized the “healthy conversation” initiative repeatedly over a summer during which he has been summoned to testify before Congress about Twitter’s perceived biases. His mood regarding the inefficacy of the “like” button in facilitating meaningful interaction seems to be supported by an otherwise vague response to the Telegraph report from Twitter’s communication team:

As we’ve been saying for a while, we are rethinking everything about the service to ensure we are incentivizing healthy conversation, that includes the like button. We are in the early stages of the work and have no plans to share right now. https://t.co/k5uPe5j4CW

However, Twitter seems in no hurry to push changes out the door. A Twitter spokesperson told the Telegraph, “At this point, there is no specific timeline for changes or particular planned changes to discuss.”

“We’re experimenting and considering numerous possible changes, all with an eye toward ensuring we’re incentivising the right behaviors to drive healthy conversation.”

In addition, one Twitter communications staffer walked back Dorsey’s reported “soon” timeline with an explicit negation:

Short story on “like.” We’ve been open that we’re considering it. Jack even mentioned it in front of the US Congress. There’s no timeline. It’s not happening “soon.” https://t.co/jXBmkudWYv

But many Twitter users are asking a very different question — namely, how can Twitter protect its users from targeted harassment, violent threats, and hate speech? — that seems as if it should be far higher on the priority list than the question of how to get people to interact more meaningfully.

In essence, Twitter seems to be substituting a focus on “healthy conversation” and a micro-analysis of its functionality for the broader shift in values that many users keep asking for. So while the presumed demise of the “like” button may not seem like a big deal, it’s actually a useful microcosm of the ongoing tension between Twitter and its users.

Twitter has some big problems on its platform. The “like” button is arguably not one of them.

After the bombing suspect’s identity became known last week, it quickly became clear that he had a history of making threats on Twitter against public figures as well as other Twitter users. Yet despite tweets that violated Twitter’s content policy, attempts to report his accounts failed because Twitter did not register them as violations.

Hey @Twitter remember when I reported the guy who was making threats towards me after my appearance on @FoxNews and you guys sent back a bs response about how you didn’t find it that serious. Well guess what it’s the guy who has been sending #bombs to high profile politicians!!!! pic.twitter.com/xBY8FMbqnq

Ritchie’s attempts to alert Twitter about the suspect’s violent threats gained Twitter’s attention only after they became part of a news cycle about actual violence he performed. Once its attention was loudly directed to Ritchie’s account, the company responded with acknowledgment that it had failed.

An update. We made a mistake when Rochelle Ritchie first alerted us to the threat made against her. The Tweet clearly violated our rules and should have been removed. We are deeply sorry for that error.

Twitter’s initial interpretation of the suspect’s tweets as not in violation of its policies was the latest of many prominent examples of the site failing to take action against onslaughts of targeted harassment and the rise of bots, trolls, and white supremacists across the platform.

To be fair to Twitter, it has made changes designed to weed out hate speech. Its most sweeping action against bad actors on the site, an algorithmic change designed to remove them from public feeds, caused so much outrage from conservatives that Dorsey was not only pressured into to undoing the change but also had to testify before Congress in a bizarre day of political grandstanding. Yet because Twitter’s overall record has been one of inconsistency and waffling, it’s received little credit for the changes it has made.

All of this has impacted the way Twitter users reacted to the news about the potential removal of the “like” button. In that context, the idea of Twitter responding to the many problems plaguing it at the moment by removing the “like” — one of the few consistently positive forms of interaction on the site — might be the most bizarre example yet of Twitter zigging when its users are begging for a giant zag.

So now a bunch of folks are going to think I’m ignoring them because I use ‘like’ to show people I read and appreciated their tweet when I don’t have the inclination or energy to respond.

This is not a fucking debate site and the people who harasss you and then attack you for not “debating” them are the ones that need to be removed, @jack @twitter, not the “like” button. Either remove the fucking racists or just admit that you’re on their fucking side. https://t.co/xIaGBJxXI3

Twitter users have also voiced concern that removing the “like” button promotes a hierarchical form of engagement that could prove dangerous to the community feel of Twitter as it currently exists:

I suspect the real driver of this change? The ongoing crackdown on fake accounts has lowered Twitter’s engagement metrics. Forcing people to tweet in order to signal solidarity or agreement or approval artificially boosts the number of replies happening and tweets made.

The drive-by “like” on threads your don’t otherwise interact with is essential to maintaining community ties, and welcoming other people into subgroups, especially on a platform that’s otherwise unsorted. There’s no subs, no home pages, it’s just all of its howling in the wind.

Removing the like button forces people to choose silence or becoming s target of harassment. It won’t make Twitter better, it will make the platform less useable and less safe for more people… and it’s not doing well on those counts as is.

To a degree, this may all seem like quibbling. After all, when Twitter decided to change the gold star icon that used to represent the “favorite” action into a more Facebook-like red heart, i.e., a “like,” many kvetched that the change would alter the meaning of their interactions with other users. And yet we’ve adapted just fine. Presumably, we could also adapt to the absence of a like or favorite button altogether.

But the larger point behind this dismayed response to the “like” button’s rumored removal isn’t about the specific tool in question. It’s about the disparity in focus between Twitter and its users.

The negative response to the “like” button report speaks to a number of diverging concerns about what Twitter should be. For users who see it primarily as a source for news and information, and who have ways of easily filtering out quality replies from the rabble — namely a tool that’s available to verified users that lets them interact only with other verified users — it might make sense to eliminate the “like” function in order to emphasize a mode of tweeting that’s purely about distributing and discussing content.

But the vast majority of Twitter users use the platform to interact with their distinct communities, which include both verified and unverified users. And the “like” button is a big part of fostering a sense of community and inclusion, even when you’re too busy to stop and participate in a giant Twitter thread.

Then there are practical questions, like whether Twitter’s recently introduced “bookmark” functionality will be effective since we’ve all been conditioned to “like” things instead; the aforementioned star was widely seen as a neutral bookmark rather than a mark of approbation, but Twitter’s new bookmarks are less visible and less intuitive. Then there’s the question of what other ways of signaling approval and support will spring up to replace the “like” function if Twitter does away with it.

It should be reiterated that the Telegraph report is an unconfirmed rumor of a change for which no rollout timeline exists, so all these questions remain purely speculative. But it’s telling that on a site where the biggest problems are increasingly sociopolitical, the responses from the staff seem to be about small, incremental technical changes. There’s an increasingly vocal demand from users that the platform take sweeping, firm stands against hate speech and violence, but Twitter, so far, has focused instead on “tools” and “rules” over “values.”

All of this has created an environment where trolls, bots, and actual extremists like the bombing suspect can exploit the letter of Twitter’s commitment to banning violence and hate speech, because Twitter is hesitant to enforce its policies in a sweeping, morally unequivocal way.

The irony of this for Twitter is that when it does try to enforce sweeping, unequivocal changes in favor of filtering and censoring hate speech, it gets accused of anti-conservative bias by outraged right-wing lawmakers and pundits. And when it doesn’t, the rest of its users are frequently subjected to harassment as a result.

In the middle of all this, it’s hard to understand the logic for removing the “like” button when it seems to have so little effect on the biggest problems facing Twitter. And as those big problems show little sign of being resolved, that simple red heart may increasingly be one of the few things left keeping people engaged with the platform.