Twitter’s wiping tens of millions of accounts from its platform 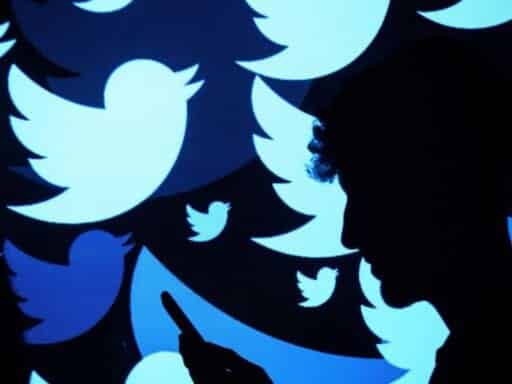 If you see a decline in your Twitter following over the next few days, you can blame, well, Twitter — and the fact that those accounts probably weren’t real in the first place.

Starting this week, Twitter will begin removing tens of millions of suspicious and fake accounts from its platform’s follower counts in an effort to clean up the site. Specifically, it will remove locked accounts — suspicious accounts it puts a temporary lock on until owners validate them and change their passwords. According to the New York Times, this change will result in users collectively losing tens of millions of followers. It will reduce the total combined Twitter follower count by an estimated 6 percent, a Twitter spokesperson said in an email.

Vijaya Gadde, Twitter’s legal, policy, and trust and safety head, acknowledged that some people won’t be pleased to see their followings fall in a blog post explaining the decision. “We understand this may be hard for some, but we believe accuracy and transparency make Twitter a more trusted service for public conversation,” she wrote.

The initial purge will take a few days to complete, but the maneuver is already having an impact: the Washington Post’s Elizabeth Dwoskin reported that President Donald Trump’s following count has already fallen by 100,000, and Barack Obama’s is down 400,000.

Twitter estimated in its blog post that most users will lose four followers at most. But the decision could have a bigger impact on users who bought followers to inflate their Twitter followings. (That probably isn’t the case with Trump and Obama — a lot of fake accounts were likely just following them.)

The New York Times ran an exposé in January on a single company named Devumi that sells Twitter followers and retweets for as little as a penny per account. Among Devumi’s customers: Louise Linton, wife of Treasury Secretary Steven Mnuchin; Randy Bryce, Democratic candidate for Congress in Wisconsin; and Kathy Ireland, former model and licensing entrepreneur. Former American Idol contestant Clay Aiken bought retweets for his complaint about Volvo:

Bought a car & paid for it. It’s sitting on lot and I’m not allowed to take it b/c @volvocarsus can’t get its shit together. #dobettervolvo

CEO Jack Dorsey warned in a tweet that follower numbers on many profiles may go down. The company says the decision is part of an effort to “encourage healthy conversation” on Twitter.

This week we’ll be removing locked Twitter accounts (locked when we detect suspicious changes in behavior) from follower counts across profiles globally. The number of followers displayed on many profiles may go down. #health https://t.co/JGmE4ofoZ2

Twitter’s upping efforts to fight the troll army online. It’s not yet clear if it will be enough.

Twitter has been increasing its efforts to crack down on spam and malicious activity. In June, it laid out some of its work in a blog post, saying in May 2018 it had “identified and challenged” nearly 10 million spammy or automated accounts per week, up from 6.4 million in December 2017 and 3.2 million in September.

The Washington Post over the weekend reported that Twitter had more than doubled the pace of its bot-policing efforts since October 2017, axing 70 million accounts in May and June and keeping up that rate in July. It’s part of its efforts to rein in activity by bots and trolls and prevent a repeat of Russia’s meddling in the 2016 election and, more broadly, to address the multitude of fake accounts on the platform.

The report got a reaction from President Donald Trump, who tweeted that Twitter should delete the accounts of the Times and the Post, neither of which are suspicious or fake.

Ned Segal, Twitter’s CFO, sought to clarify the Post’s reporting in a series of tweets, saying most accounts removed were not included in the company’s reported user metrics. That’s presumably to calm investors about the possibility of its account purge affecting user growth metrics, which the Post’s report suggested it would.

Some clarifications: most accounts we remove are not included in our reported metrics as they have not been active on the platform for 30 days or more, or we catch them at sign up and they are never counted. https://t.co/nRIGE9EMcf

To be sure, Twitter’s locked account purge, and even its bot army policing efforts, aren’t going to solve all of Twitter’s problems, especially when it comes to abusive behavior online. Locked accounts aren’t the ones engaging in bullying, racist and sexist comments, and personal attacks on Twitter. People are, and Twitter hasn’t solved that one.

Arizona’s new coronavirus spike is worrisome
World leaders who denied the coronavirus’s danger made us all less safe
The UN Climate Action Summit was a disappointment
Game of Thrones’ long-awaited Cleganebowl, explained
Benjamin Netanyahu just unveiled Israel’s newest town: “Trump Heights”
This study on flower resilience is the most beautiful thing I’ve read during the pandemic