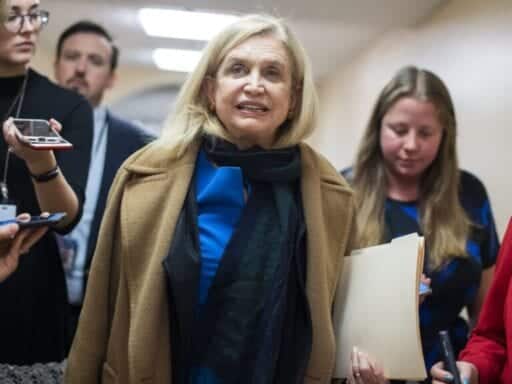 This new policy is far from comprehensive, but it does mark a major milestone in expanding access to paid leave.

The federal government’s 2.1 million workers are poised to get paid parental leave for the first time ever, in a groundbreaking policy delivered in an unusual vehicle: the National Defense Authorization Act (NDAA).

While the annual bill, which establishes budgets for the military, has yet to pass Congress, House and Senate lawmakers have included 12 weeks of paid parental leave in the latest version of the legislation released earlier this week, a sign that it has strong chances of being approved before year’s end. Additionally, as the Washington Post reports, paid parental leave for federal workers was preserved in the NDAA in exchange for one of President Donald Trump’s top priorities: establishing the Space Force. This tradeoff appears to suggest that it’s a central piece of the agreement.

The establishment of this paid leave offering, though it only covers parental leave for individuals who have a new baby or adopt a child, and not for those who need to care for a sick family member, is a major step in expanding access to these benefits. Currently, non-military federal workers only have access to 12 weeks of unpaid leave, laid out by the Family and Medical Leave Act, which Congress passed in 1993. It’s worth noting, however, that this policy wouldn’t change things for the millions of workers who are not part of the federal government.

Despite its shortcomings, it’s an update that helps establish a new national standard on paid leave and brings the country one step closer to expanding the reach of such benefits to cover more workers. Presently, the United States is the only industrialized country in the world that doesn’t have a federal paid parental leave program.

Congressional Democrats have heralded this parental leave deal, though it falls short of their original demands, which included paid leave for caregivers looking after sick family members.

“While paid leave for new parents is a critical benefit, more than three quarters of people taking unpaid leave under the Family and Medical Leave Act (FMLA) do so to care for their own serious medical issue or a loved one who is not a new child,” Debra Ness, president of the National Partnership for Women and Families, said in a statement.

The current deal is expected to cost roughly $3 billion over the course of either five or 10 years, according to the Post, which received conflicting response from different aides, and notes that some members of the Trump administration balked at this price tag. authorizes $738 billion in total for an array of military programs. As indicated in an older House version of the legislation, the costs of the parental leave offering appear to be covered by appropriations that are allocated to different federal agencies.

This particular deal pales in comparison to other proposals Democrats have put forth on the subject.

The FAMILY Act, a Democratic bill sponsored by Sen. Kirsten Gillibrand and Rep. Rosa DeLauro, for example, would guarantee 12 weeks of paid leave to all workers — not just those employed by the government — who could use it to care for a child or a sick family member. They could also take the time off themselves if they became ill. The program would be paid for via a 0.2 percent payroll tax on each worker’s wages, which would be split between employers and employees.

Gillibrand, however, noted that the NDAA deal marks a notable development.

“This means that the largest employer in the country now provides basic parental leave, a huge step, and we must work to ensure that paid leave for other family emergencies will be added in the future,” she said in a statement.

Beyond the benefits that workers themselves experience from such programs, there’s also a major motivation for employers to get on board: they’ve been found to improve company worker retention and help with recruitment. Sen. Chris Van Hollen (D-MD) pointed out as much in a statement, noting that this new policy could save the federal government at least $50 million annually in turnover costs.

Although this recent policy change doesn’t go as far as it could, and the United States is still lagging behind pretty much every other developed country in what it offers working parents, it is still a momentous shift in the types of benefits that federal workers can access.

Media coverage has blown anti-lockdown protests out of proportion
Bob Woodward’s new book Rage, and the controversies around it, explained
#BlackoutTuesday derailed #BlackLivesMatter. A community organizer explains how to do better.
“This is voter suppression”: black seniors in Georgia ordered off of bus to the polls
How caucus critics could dethrone Iowa
9 ways to reform the Supreme Court besides court-packing