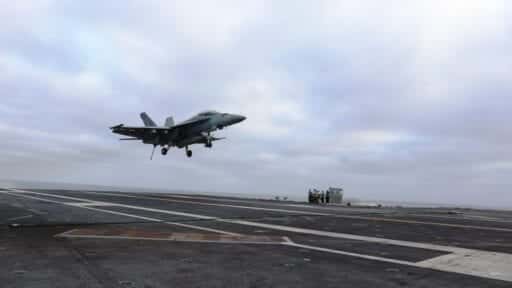 The U.S. Navy boasts the world’s largest and most powerful array of military force on the high seas, including 11 nuclear-powered aircraft carriers. As of now, no other country has more than two carriers, although China is reportedly building its third.

Cardi B says she used to rob men. Her image was built to withstand scandals like this.
Race, policing, and the universal yearning for safety
Obama’s Democratic convention speech gave a clear warning: Democracy is at stake in 2020
Why police encouraged a teenager with a gun to patrol Kenosha’s streets
The First Purge completes the franchise’s transition to full-on social horror
Christine Blasey Ford wants an FBI investigation before she’ll testify about Kavanaugh