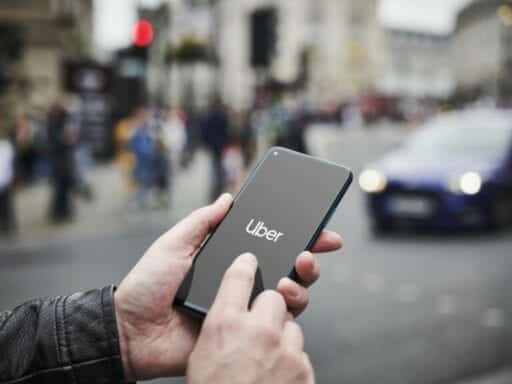 According to a new report sponsored by both companies.

Uber and Lyft contribute to worsening traffic, the companies revealed in a co-funded study, and riders may soon see an uptick in fares as an indirect result.

The aim: to “determine our combined contribution” to car activity in specific regions, said Chris Pangilinan, Uber’s head of global policy for public transportation, in a blog post on Monday. The report takes into account two transportation concepts whose acronyms see a lot of mileage, so to speak: VMT for vehicle miles traveled, and TNC for transportation network company, or as Pangilinan puts it, “shorthand for Uber and Lyft.”

Uber maintains that non-TNC vehicles — private and commercial vehicles, taxis, and limos, — are responsible for the bulk of city traffic. As per Fehr & Peers’ report, Uber and Lyft rides account for only 1 to 3 percent of cars on the road in the cities studied. Still, says Uber’s Pangilinan, the two companies “are likely contributing to an increase in congestion.” In San Francisco, Boston, and DC, for instance, Uber and Lyft’s miles traveled is much higher, ranging from 13.4 percent (San Francisco) to 7.2 percent (DC).

Fehr & Peers also found that a third of Uber and Lyft’s vehicle miles occur between paid rides, as CityLab reports. Uber and Lyft’s joint study comes several months after an independent report on traffic in San Francisco found that transportation network companies accounted for more than half of the city’s 62 percent surge in weekday traffic delays between 2010 and 2016, as reported by the Los Angeles Times.

Taking ownership (at least in part) for congestion could come with an ulterior motive, however. Reports CityLab, Uber and Lyft use data on congestion to justify congestion pricing. The two companies recently introduced congestion pricing to Manhattan, a policy used in cities outside the US like London, Stockholm ,and Singapore that tacks on user fees for high-traffic areas during high-traffic times of day.

In Manhattan, that means $2.75 added to the base fare of so-called “for-hire vehicles” driving south of 96th Street. The public policy is part of New York’s city-wide effort to curb gridlock and raise $1 million a day to repair its beleaguered subway system, and will affect taxis as well. Uber and Lyft already implement company-wide policies of surge pricing, or “pricing when it’s busy,” as Lyft puts it.

While not necessarily addressing the issue of number of cars on the road period, Lyft recently introduced a “Green Mode” in Seattle and Portland, an option that lets riders request clean cars, effectively rewarding drivers who care about the environment.

While New York has already allocated its new congestion pricing policy to the city’s troubled subway system, some cities are adopting ride-share apps on a mass scale at the expense of mass transit.

As seen in the case of Innisfil, a town of 40,000 in Ontario, Canada, that replaced public transit with Uber, cities that prioritize ride-shares over buses, subways and metros force low-income communities into using transportation that they can’t afford. And in subsidizing Uber, the town now bears the burden of policy that isn’t scalable. Reports the Guardian, “Because Innisfil subsidises each ride, the more successful it is, the more the town pays to Uber. That figure is now projected to reach $1.2 million for 2019 — more than the bus programme would have cost, and well above the $900,000 the city allocated.”

Other cities may not take such drastic steps as to swap out bus routes with Ubers, but ride-share companies’ effects on mass transit are clear: As noted by the Guardian, mass transit use in major US cities fell 2 percent since Uber and Lyft appeared on the scene.

Despite unprecedented growth — Uber’s Pangilinan cites 15 billion trips over the past ten years as a recent benchmark — both companies are dogged by unknowns. Uber will release its earnings for the second time after going public in May this Wednesday, after announcing a mass layoff of 400 employees last week. Lyft lost chief operating officer Jon McNeill last week after only a year on the job; the company has said it will not be replacing him.

Whether or not cities will adopt congestion pricing is another unknown to add to the list — and whether the public will support such a measure is yet one more.

Democrats want the FBI to investigate Cindy Yang, the massage parlor founder accused of selling acce...
5 primary races to watch in Iowa
How the 137 million Americans who own stock can force climate action
How to solve climate change and make life more awesome
Here’s who might replace Haley as UN ambassador
Donald Trump’s administration is deeply dishonest and it’s foolish to trust them