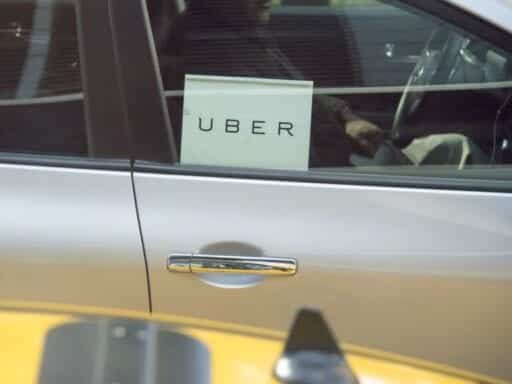 Share
Loading...
Uber released a highly-anticipated safety report on Thursday, which disclosed the number of sexual assaults and fatalities reported on its platform in 2017 and 2018. | Getty Images

It’s the first report of its kind by a major ride-sharing company.

Uber released a lengthy safety report on Thursday, disclosing that more than 3,000 sexual assaults were reported last year on US rides. The 84-page report, which analyzes ride data from 2017 and 2018, comes amid a wave of increased scrutiny over the ride-sharing giant’s safety practices, an issue Uber has publicly made its focus in the last year.

It’s the first time that Uber — or any major American ride-hailing company — has made data regarding sexual assault and ride fatalities publicly available.

Among the assaults reported in 2018, there were 235 reported rapes and more than 1,500 cases of non-consensual kissing, touching, or attempted rape experienced by riders and drivers in the US. Most victims of rape were riders — about 7 percent were drivers — and nearly 90 percent of victims were women. That’s an average of about eight sexual assaults a day.

Uber also reported 107 cases of motor vehicle fatalities and 19 fatal physical assaults during the two-year period. The company noted it has served 2.3 billion rides in that time, highlighting these incidents as rarities. Uber also acknowledged that releasing data on sexual assault cases might increase the number of reports in the future.

That’s an average of about eight sexual assaults a day.

Uber, namely CEO Dara Khosrowshahi, has used the concept of safety to favorably position the company against its competitors. As Johana Bhuiyan reported for Recode in 2018, “competing on safety is an increasingly common concept in the world of new transportation companies and innovations like self-driving, for instance. But it’s one that regulators have rebuked in the past.”

Last September, Uber unveiled a series of safety features in a product showcase that was, according to Bhuiyan, comparable to an Apple iPhone launch. RideCheck uses motion-sensor data from a person’s phone to detect if an Uber vehicle has crashed, and was geared to protect both riders and drivers. The app included an emergency button, which sends a passenger’s location and information to a local police agency. Uber has also invested in technology to detect any irregularities within a ride, which will send an alert to both the rider and driver.

Both Lyft and Uber have faced numerous lawsuits from passengers alleging they were sexually assaulted during rides. Nineteen women and one man have filed suit against Lyft in December, accusing the company of failing to prevent the alleged assaults through safety measures. The plaintiffs allege they were raped or sexually assaulted by Lyft drivers. Uber has also faced lawsuits from riders, who’ve accused the company of negligence and failure to protect vulnerable passengers.

Uber’s renewed commitment to safety appears genuine — for the most part. It’s what passengers and critics want and appears to be a viable business strategy, since the actions Uber take on safety will have some effect on the rest of the industry.

For example, Uber made headlines last year for ending its forced arbitration rule for riders, drivers, and employees who want to sue the company over claims of sexual violence. That means passengers who say they’ve been sexually assaulted are able to pursue legal action against Uber in open court for the first time. Uber also used that opportunity to urge Lyft, its leading competitor, to do the same (Lyft agreed).

I suspect many people will be surprised at how rare these incidents are; others will understandably think they’re still too common. Some people will appreciate how much we’ve done on safety; others will say we have more work to do. They will all be right. (2/3)

Lyft plans to release a similar safety report of its own, which includes sharing information about drivers who don’t pass background checks, the Washington Post reported. (The company has not discussed when it will release the report.)

In recent months, Uber has also tested recording riders on video as they’re being driven to their destination. The program has been tested on rides in Texas, Florida, and Tennessee; in November, Uber said it will also allow riders and drivers in Brazil and Mexico to record audio during a trip if either party requests it.

These initiatives have raised concerns about surveillance, with privacy advocates saying that Uber already has troves of personal data. The project is part of the company’s goal to “capture more objective data about what happens inside vehicles during Uber trips, where disputes between riders and drivers often play out without witnesses,” the New York Times reported.

“Doing the right thing,” in the words of Uber’s CEO on Twitter, will cost the company. So far, it’s set to lose about $1 billion in market share value. The report is nevertheless a step forward for Uber — and the ride-sharing industry at large — in encouraging transparency and safety for riders and drivers alike.

Still, the data exposes there’s far, far more Uber has to do in that department, given the roughly 6,000 cases of sexual assault reported in the previous two years.