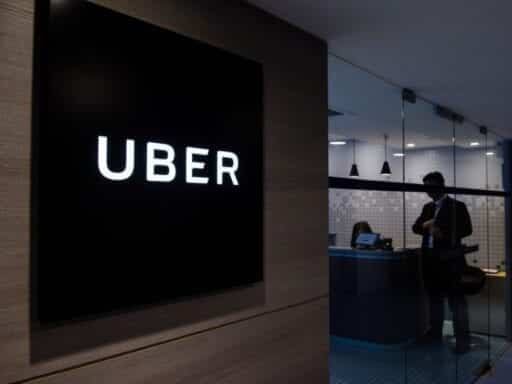 The move is the latest in a string of workplace culture problems facing the ride-hailing company.

The head of human resources at Uber has stepped down from her position, following a series of workplace scandals that have rocked the Silicon Valley tech company during her tenure. It’s the latest shakeup at the company, which in recent years has been jolted by multiple discrimination complaints and the resignation of co-founder Travis Kalanick, who had served as CEO.

The departure of Uber’s HR director, Liane Hornsey, was announced on Tuesday in an email to employees, according to the Wall Street Journal. The email, sent by Uber CEO Dara Khosrowshahi, did not mention the reason for Hornsey’s departure, but people involved in the decision told the Journal it was related to her department’s mishandling of employees’ racial discrimination complaints. An internal investigation reportedly showed that Hornsey had ignored multiple anonymous complaints about the mistreatment of employees of color at the ride-hailing firm.

Hornsey joined Uber in early 2017, right before the publishing of an explosive blog post by Susan Fowler, a former engineer at Uber. Fowler accused the company of allowing a culture of sexism and sexual harassment to flourish. She also claimed human resources managers ignored complaints and punished those who made them.

Fowler left Uber before Hornsey joined the organization, but public backlash in the wake of Fowler’s blog post prompted Uber executives to hire an outside law firm to investigate the complaints. Led by Eric Holder, a former US attorney general, the investigation resulted in a long list of recommendations for overhauling the company’s work culture and human resources department. One recommendation was to establish a process for the tracking of discrimination complaints and a way to escalate them. Hornsey was in charge of implementing many of the recommendations in Holder’s report.

After Fowler’s blog post was published, more than 400 current and former Uber workers filed a discrimination suit against the Silicon Valley tech giant. The employees were women and people of color who said they had been passed over for promotions and were paid less than other workers for doing the same job, and that managers had created a hostile work environment. In March Uber agreed to pay $10 million to settle the class action and promised to revamp its pay practices and provide mentoring to female employees and workers of color.

Hornsey was expected to help deliver on many of these promises, but she will no longer be around to do that. She will be temporarily replaced by her deputy, Pranesh Anthapur, while the company searches for her replacement, according to the Journal.

The Uber saga has shined a spotlight on toxic workplace culture within the tech industry.

It has been followed by similar revolts at tech companies like Google and Microsoft. Both companies are fighting class actions filed by female employees who say they face widespread discrimination at work. Google is also under investigation by the Department of Labor for its pay practices. Company executives have denied these claims.

Uber’s workplace drama has sparked considerable upheaval; it resulted in the company’s firing of 20 employees and prompted Kalanick’s resignation.

A year after the Camp Fire, a town called Paradise wonders: Will it ever be the same?
Democrats are cheering a Supreme Court ruling on mail-in ballots. Here’s why it’s worse than it look...
The Miami Dolphins acted on the NFL’s anthem policy. The league was unprepared for the backlash.
Is Tom Steyer the problem — or the solution?
On climate change, oil and gas companies have a long way to go
The coronavirus crisis is leading to an immunization crisis