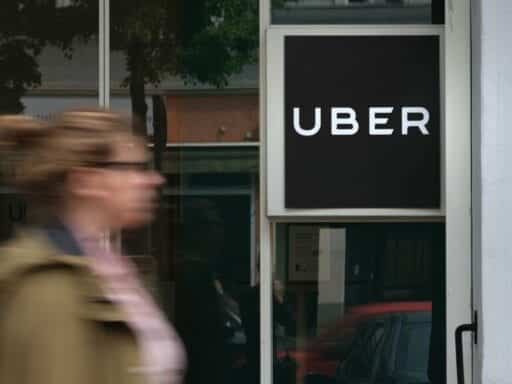 Uber released its long-awaited security report yesterday, revealing the company documented nearly 6,000 reports of sexual assault — both by drivers and passengers — in 2017 and 2018, as well as 19 deaths from Uber-related physical assaults in that time (not necessarily between driver and rider).

It’s difficult to know how those numbers compare with those from taxis or Uber’s biggest competitor, Lyft, which says it will release its own report but didn’t specify when. The New York Times notes that the New York Police Department recorded 533 sex crimes and rapes on its transit system last year. Uber says just 0.00002 percent of trips on its platform involved reports of sexual assault in the last two years.

Uber’s voluntary move to release the safety report represents a step toward transparency for a company that has been inundated by lawsuits and criticism over safety concerns, and that has previously tried to distance itself from the day-to-day operations of a taxi company by referring to itself as a platform. The report also sent Uber stock tumbling by nearly 3 percent today, causing the company to lose about $1.5 billion dollars in market cap, a shorthand for the company’s value. The company now has a market cap of $47.5 billion, down from $49 billion yesterday.

But the latest news is unlikely to have a lasting effect on the stock or in public opinion of the company — and that’s what makes this week’s news different from previous incidents, such as when the company suffered heavily in the wake of #deleteUber campaigns in the past few years. Though a smattering of people have picked up the hashtag again today — over 150 Twitter unique mentions, according to financial research platform Sentieo — it’s much less than the noise generated last month, when Uber CEO Dara Khosrowshahi referred to the murder of journalist Jamal Khashoggi by the Saudi government as a “mistake.”

Even that incident pales in comparison to the Twitter hullabaloo generated after Uber appeared to take advantage of a taxi strike protesting President Donald Trump’s travel ban in January 2017, by not only continuing to operate at John F. Kennedy International Airport, where the protest was taking place, but also forgoing surge pricing. That #deleteUber effort, which saw hundreds of thousands of individual tweets using the hashtag and caused 400,000 people to delete their accounts, paved the way for Uber’s biggest competitor, Lyft, to eat into Uber’s market share.

However, in the past year, the US market share between Lyft and Uber has remained rather steady, with Uber accounting for 70 percent of credit card sales in October and Lyft claiming about 30 percent, according to Second Measure, a company that analyzes billions of anonymized credit and debit card purchases.

Perhaps part of the reason is that the companies, both of which went public this year and are performing poorly on the stock market compared with when they first listed, offer the same services and products and have the same challenges.

Lyft has faced its share of criticism about rider safety, with 19 women filing lawsuits against the company this week for failing to prevent drivers from sexually assaulting them. Both ride-hailing giants will be part of an ongoing discussion about how to regulate consumer and driver safety on their platforms.

At home with YouTube’s favorite yoga teacher
The fight over Sesame Street’s Bert and Ernie as a gay couple, explained
5 lessons on social distancing from the 1918 Spanish flu pandemic
What it’s like to live through the Australian bushfires
Trump pushes out head of largest immigration agency — and wants Ken Cuccinelli instead
Parasite wins Best Picture and makes Oscars history