UK Parliament has advanced the Brexit bill. Here’s what comes next. 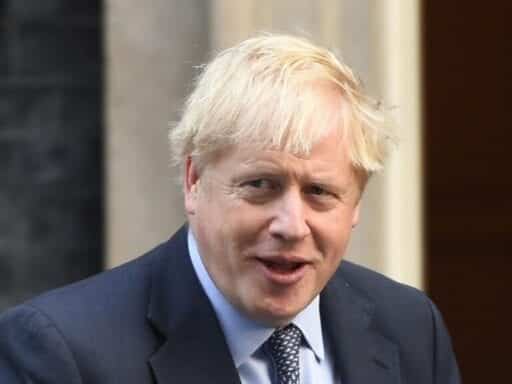 Members of Parliament (MPs) voted for the Brexit bill — the legislation that will implement the Brexit deal into UK domestic law — in its “second reading,” in which MPs express their support for the main principles of the bill.

This is just one stage in the legislative process, but it’s a reassuring sign for the prime minister, whose Brexit agenda has been repeatedly sidelined by Parliament and who’s still trying to get the UK out of the EU before the end of the month.

But Brexit is rarely so straightforward. There are still quite a few roadblocks if Johnson wants to deliver on his campaign promise and deliver Brexit by Halloween.

The first potential roadblock comes soon after this vote, with something called the “program motion” (programme motion, to the Brits). This very boring-sounding thing might be the most contentious vote of the day: It could ultimately make or break Johnson’s Brexit plans.

The program motion lays out the timetable for a bill’s approval. With the current October 31 Brexit deadline just nine days away, Johnson wants everything wrapped up by Thursday.

You read that correctly: The prime minister wants to push through the legislation for his Brexit deal, which he agreed to last week after years of negotiation, before this weekend so the UK can break up with the EU next week.

Many MPs, likely including some who just supported the bill in principle, are objecting to this rushed timeline, saying that lawmakers won’t have time to fully scrutinize critical legislation.

The government only published the approximately 115-page legislation, referred to as the Withdrawal Agreement Bill (WAB), on Monday night, so MPs barely had 24 hours to digest it before the vote on the second reading.

But many still did so despite the time crunch because they don’t want to be accused of what Boris Johnson always accuses them of doing: blocking Brexit.

At the same time, these MPs are a little wary about Johnson’s itinerary. The government hasn’t even published a new economic impact forecast for the deal. That’s why a majority voted Saturday to withhold approval for the Brexit deal until all this legislation passed and forced Johnson to seek an extension to guarantee lawmakers had enough time to get that done.

The EU hasn’t ruled on the extension request yet; the bloc doesn’t want to be responsible for a no-deal exit, and they’d likely consent to a three-month extension until January 2020 so the UK can get all the legislation completed. (Also, the European Parliament must ratify the deal, and it has some questions.)

So it seems very possible that MPs might reject Johnson’s supercharged timeline on Tuesday even as they just voted to take the Brexit legislation to the next phase.

The question then will be how Johnson will react if that happens.

The prime minister has suggested that if MPs defy him again, he will pull the Brexit legislation altogether and once again try to call an election.

If Parliament “refused to allow Brexit to happen and instead gets its way,” Johnson said Tuesday, then “the bill will have to be pulled and we will have to go forward with a general election. I will argue at that election: ‘Let’s get Brexit done.’”

This could be just a threat to scare MPs. If not, it’s a bit of a strange strategy. Johnson got one step closer to finalizing the UK-EU divorce. But he may squash the process just because it might take a little bit longer to finalize than October 31.

A general election will almost certainly mean a Brexit extension, too. But given that Parliament has foiled him again and again, Johnson probably doesn’t trust MPs to take a few more weeks or months to pass the Brexit legislation and leaving a little bit later. So Johnson instead favors a campaign.

Johnson has already lost two votes in Parliament to hold a general election, so it’s a toss-up whether the necessary two-thirds of MPs will agree this time around. The opposition might see this as the last chance to foil Johnson’s Brexit plans. Or they might fear that Johnson could be more empowered after an election; the Conservatives have a strong polling lead over the other parties.

Of course, it’s possible that Johnson won’t follow through on this threat. And it’s also possible that the program motion will succeed. It’s going to be very close.

If it does succeed, the pitfalls for Johnson’s Brexit legislation don’t end here. In the next stage, MPs will be able to introduce amendments, and some may be pretty unpalatable to Johnson and his base of Brexiteers. Among those being considered are one that would keep the UK in the EU customs union (which means the UK would be limited in pursuing independent trade deals; sorry Trump). Another would make approval for Johnson’s Brexit deal conditional on holding a confirmatory vote, otherwise known as a second referendum, to put the Brexit question back to the people.

Parliament has never been able to fully get behind either of those ideas, and they could very well fail again if Parliament gets to that stage.

But first Parliament has to decide whether it’s ready to exit the EU on October 31 or foil Johnson’s Brexit plans once again.

The polls are in: here’s who won — and lost — last week’s debate
Following the Notre Dame fire, The Hunchback of Notre-Dame tops best-seller lists in France
Joe Biden’s $1.9 trillion Covid stimulus plan, explained
Trump advisers are scrambling to sell the idea that a recession isn’t going to happen
This week in TikTok: Yet another terrible prank parents are pulling on their kids
Tim Cook is just letting Trump lie about Apple