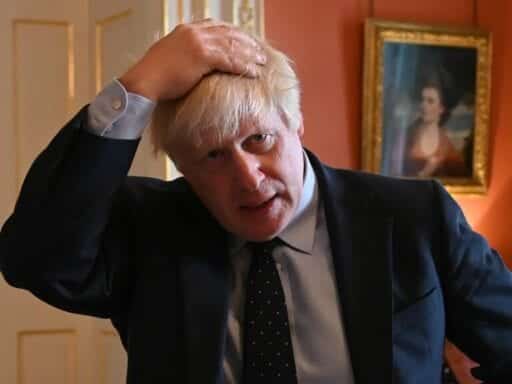 The UK Parliament is trying to block a “no-deal” Brexit — defying Boris Johnson and handing the new prime minister his first legislative defeat.

In other words, just another day in the ongoing Brexit saga.

On Tuesday, Parliament voted, 328 to 301, to seize control so it could debate a bill that would attempt to prevent the United Kingdom from leaving the European Union without a plan in place on October 31. About 20 members of Johnson’s Conservative Party rebelled against him for the vote. The vote was greeted with cheers, and cries of “not a good start, Boris!”

Johnson called attempts to delay Brexit “pointless” — and said that he would seek to put forward a motion calling for general elections.

This is a lot of drama, but it doesn’t change anything right now. Members of Parliament (MPs) have taken control, but they haven’t actually passed any legislation that would block a no-deal Brexit.

The reason lawmakers made this move: Johnson has promised to take the UK out of the European Union by October 31, with or without a deal. Pretty much no one thinks he’s going to be able to negotiate a new deal with the EU. Which means that, if he keeps his promise, the UK is headed for a no-deal Brexit.

Parliament, including some members of Johnson’s own Conservative Party, largely oppose a no-deal Brexit because it is expected to have dire effects, with food and medicine shortages and the potential to send the UK economy into a recession.

So lawmakers are trying to stop this worst-case scenario from being the default option if Johnson can’t negotiate new Brexit deal by the October 31 deadline.

Last week, Johnson said he would suspend Parliament for five weeks, starting as early as September 9, in what looked like an obvious attempt to curb lawmakers’ attempts to block his Brexit agenda.

That has introduced a major sense of urgency — and more than a little chaos — into Parliament.

What the heck is happening with Brexit now?

This showdown between Johnson and members of Parliament was expected, after Johnson “prorogued” — that is, suspended — Parliament in what he said was a chance to set his new government’s agenda. But it very much seemed like a blatant attempt to try to sideline Parliament in the Brexit debate.

Johnson’s ploy to get around Parliament is perhaps understandable, given that Parliament has been incredibly frustrating throughout the entire Brexit process. MPs can’t agree on an exit plan, or even on what kind of relationship they want with the EU after the divorce, yet they have consistently voted against leaving the EU without a deal.

But Johnson is willing to do just that: to rip the UK out of the EU without a plan in place. But Johnson’s move infuriated members of Parliament, including some in his own party, who referred to it as “tantamount to a coup.” But it also helped motivate opponents of a no-deal Brexit, who now had work even more quickly to thwart Johnson.

The plan was to seize control — which Parliament successfully did on Tuesday — so it could vote on a plan to force Johnson to seek a three-month Brexit extension from the European Union if he can’t come up with a new Brexit deal by October 19, or unless Parliament explicitly votes for a no-deal at that time. The vote on such legislation is expected as early as Wednesday.

Johnson expected this rebellion, and he said Monday that he would refuse to ask for more time. “There are no circumstances in which I will ask Brussels to delay. We are leaving on 31 October, no ifs or buts,” Johnson said.

In an appeal to the public as much as to MPs, the prime minister argued that Parliament is undermining his attempts to forge a new agreement with the European Union. Johnson maintains he needs to keep the threat of a no-deal Brexit — which would be bad for the EU, if still way worse for the UK — on the table, to basically pressure the EU into giving in to his demands.

If Parliament keeps getting involved, he explained, asking for delays or balking at a no-deal — or as Johnson colorfully put it, “chop[ping] off the legs out from under the UK position” — the EU will to have no incentive to renegotiate.

Johnson also threatened to call an election “which I don’t want and you don’t want.” In other words: I’m not going back to the EU to ask for more time, and if you pass this legislation forcing me to do it, I’m going to have no choice but to go back to the people.

As the Guardian reported, Johnson more explicitly threatened an election as early as October 14 in a meeting with Conservative MPs if they defied him by supporting this bill.

October 14, as you might have noticed, would be perilously close to the October 31 Brexit deadline. This would effectively mean that any election would be a referendum on Brexit — whether people wanted to go with Johnson’s plan to leave at all costs, or perhaps wanted to undo Brexit altogether. So the stakes couldn’t be higher.

But MPs — including at least 20 members of Johnson’s own Conservative Party — heard Johnson’s threat and moved ahead, undeterred.

Johnson reiterated his promise after the vote on Tuesday, saying that he would table a motion for a general election, assuming MPs went ahead and voted for this bill that would force him to ask for a Brexit delay.

So is the UK heading for general elections? Maybe, maybe not!

The lines have been drawn: On one side, a Parliament ready to defy its prime minister; on the other, a prime minister who’s unwilling to compromise on his Brexit promise — and who’s ready to hold elections to try to get the majority he needs to get his Brexit plans through.

Johnson has a lot of problems right now. He didn’t just lose that critical vote on Tuesday (his inaugural vote as prime minister no less) — he also officially lost his majority in Parliament.

Johnson already had a precarious working majority of one. Now it’s down to zero, after Conservative MP Phillip Lee on Tuesday defected to the Liberal Democrats, a pro-EU party that also supports having a second (do-over) Brexit referendum.

In a statement, Lee justified his decision: “This Conservative government is aggressively pursuing a damaging Brexit in unprincipled ways. It is putting lives and livelihoods at risk unnecessarily and it is wantonly endangering the integrity of the United Kingdom.”

Lee’s defection doesn’t directly change the makeup of government; Johnson gets to stay in power, unless there’s a challenge to his government in the form of a no-confidence vote that takes him down.

But add that to the 20-some-odd members of Parliament who defied him on Tuesday, and Johnson’s in trouble. (Johnson’s government has said it will move to expel them from the Conservative Party in retaliation for their defiance.) When you’re trying to convince your country to walk with you off a cliff, losing members of your own party is a sure sign things aren’t going as planned.

But that may be exactly why Johnson wants general elections. He seems convinced that the mood of the country is for a Brexit at all costs — and he can make a plea to the people that he can only deliver on Brexit if he gets rid of all these pro-Remain, roadblocking members of Parliament.

But a pesky Parliament might foil Johnson again. For reasons mostly to do with something called the Fixed-Term Parliament Act of 2011, Johnson can’t unilaterally call elections. He needs two-thirds of Parliament to back him.

Lots of MPs want elections, especially the opposition Labour Party. But that doesn’t mean lawmakers want elections enough to vote for them on Johnson’s terms — or, as some members have indicated, without a guarantee that there’s legislation blocking the possibility of a no-deal by Johnson or some future prime minister.

Opposition Labour Party leader Jeremy Corbyn, speaking after the vote on Tuesday, said the same. Corbyn really wants elections; his Brexit strategy all along has been to get to general elections so he can take power and negotiate his own Brexit deal.

But Corbyn said on Tuesday, in very clear terms, that if Johnson wanted a general election, he’d have to first let this bill pass that would block him — or a potential future prime minister — from leaving the EU without a deal. (To be fair, it’s worth noting that the UK would still need to ask permission from the EU to get any Brexit extension.)

A general election isn’t inevitable at this point, but it sure looks like the UK is headed there, as it ultimately may be the only way to break the Brexit deadlock. It could potentially change the balance of power and reveal a majority to some course of action — be it no-deal Brexit, or a softer Brexit, or no Brexit at all. Or it might not offer any clarity at all.

But how the UK gets to elections— on Johnson’s terms, or Parliament’s — and what kind of political turbulence is in store before then, well, who the heck knows.

The right-wing populist wave is a threat to the climate
Jeff Sessions defends Trump border policy in Reno, protesters try to block street
The simmering debate over Big Tech explodes on the Democratic debate stage
How social justice slideshows took over Instagram
This week in TikTok: What if Wes Anderson directed a quarantine film?
Susan Collins wins her hotly contested Senate seat, in a major blow to Democrats