Under Amazon, Whole Foods prices were expected to decrease. Instead, they’re rising. 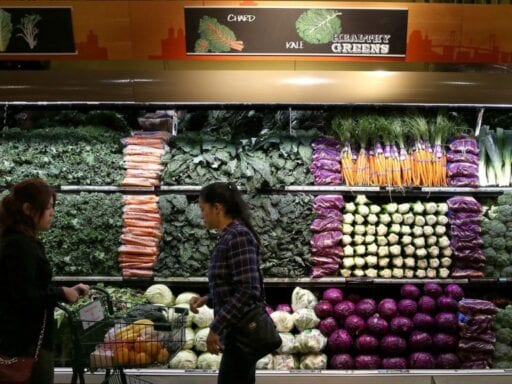 Were you thrilled when Amazon bought Whole Foods because you thought your groceries would be cheaper? Think again. According to the Wall Street Journal, Whole Foods just raised its prices on hundreds of items.

In an internal email sent out in December that was seen by the Journal, Whole Foods said it had to raise its prices because of inflation. Over the last year, consumer brands like Clorox, Procter & Gamble, Nestlé, and Unilever increased their prices to balance out the rising costs of ingredients, and so Whole Foods is passing those increases along to customers.

The grocery chain also had contracts with some unnamed vendors, which allowed Whole Foods to sell certain items at lower prices. But the contracts on about 700 products have expired and aren’t being renewed. The company dropped most of these items, but increased the prices of others it chose to keep in stock.

Your shopping cart is going to see the impact. More than 550 products at the grocery chain have gotten more expensive, including olives, cookies, ice cream, soap, and crackers. Some prices have gone up by 10 cents, while others have increased by as much as a few dollars. Per the Journal, the average price hike is 66 cents, which might not sound like a whole lot as a one-off, but will certainly add up if you’re doing a full grocery run.

Back in June 2017, when Amazon bought Whole Foods for nearly $14 billion, part of the takeover strategy included making Whole Foods seem as approachable as Amazon. At a leadership conference in 2018, Whole Foods CEO John Mackey even admitted that “one reason the merger came about is Whole Foods was in a trap,” referring to the chain’s pricing structure. Whole Foods prices aren’t typically accessible to middle- or low-income families, and reports have found that even when luxury grocery chains open with the intention of serving the impoverished, it can lead to the gentrification of neighborhoods.

Whole Foods, which operates about 500 stores in the US, Canada, and the UK, has such a bougie and expensive reputation that the grocery chain has earned the nickname “Whole Paycheck.” It’s also been hit with class-action lawsuits from shoppers claiming they were overcharged. (And who can forget that time Whole Foods sold asparagus-infused water for $6?)

Two months after the deal was finalized, Amazon slashed prices on nearly 500 grocery items at Whole Foods, including salmon and avocados. Mackey said his company was “just getting started,” and indeed, during the holiday season of 2017, Whole Foods also cut prices on seasonal staples, including turkey, canned pumpkin, and sweet potatoes.

The Seattle giant also began offering discounts to grocery shoppers who were Prime members — clearly a bid to get Whole Foods shoppers hooked on Amazon Prime subscriptions — and displayed its smart speakers and other Alexa-powered gadgets throughout stores.

Three years ago, before the Amazon merger, Whole Foods also began rolling out smaller stores featuring its in-house, more-affordable line, 365. It opened 12 of these offshoot stores, but last month, a leaked company memo revealed that Whole Foods would be abandoning its 365 store expansion plan.

Mackey reasoned that since Whole Foods had decreased some of its prices, “the price distinction between the two brands has become less relevant.” But having a place to shop that offered just the affordable basics was a win for some shoppers, especially cash-strapped millennials.

Whether or not this recent price hike triggers the “Whole Paycheck” mindset again, it does offer something of a reality check: Whole Foods was likely never going to be a deeply discounted grocery chain, Amazon-owned or not. Plenty of analysts have pointed out that Amazon’s ownership hasn’t really affected Whole Foods’ pricing since those early months, beyond a few items. Whole Foods, above all, is a place where you shop for organic produce, crunchy beauty products, and now Amazon gadgets. For deep grocery discounts, though, you’ll likely need to shop elsewhere.