US airlines are waiving fees and canceling flights as coronavirus spreads 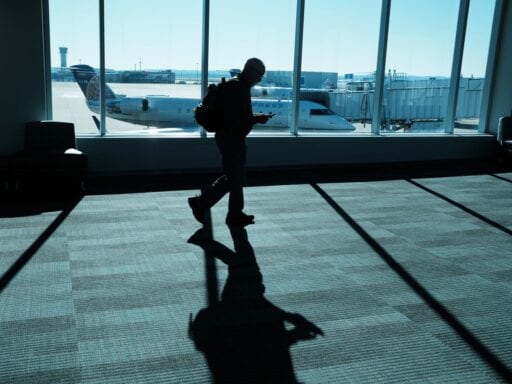 Share
Loading...
As fears about the coronavirus outbreak grow, more people are reassessing their travel plans, both domestic and abroad. | Spencer Platt/Getty Images

Global air travel is expected to decline for the first time since 2009.

US-based airlines are extending waivers and reducing flight capacity to Europe after President Donald Trump announced a sweeping travel suspension on March 11. Two days later, American, Delta, and United Airlines said they will start capping fares on several US-bound flights for Americans rushing to fly home in the midst of the coronavirus outbreak.

“We are placing caps on our fares for all cabins on flights from Europe to the US that are affected by the government-imposed travel restrictions,” an American Airlines spokesperson told CNBC.

Several carriers also announced cuts in service to domestic routes, as airlines are buckling down to reduce overhead costs. American, Alaska, Delta, and United are expanding and waiving some change and cancellation ticket fees for both domestic and international flights as people reassess their travel plans. Be sure to read the terms and conditions of these waivers, but most airlines are now allowing travelers who booked international and domestic flights to make changes without charge.

Airlines are changing their flight policies and schedules as the situation develops, so check the website of your carrier for more specific information. These are the latest airline updates as of March 13, including fee waivers, refunds, reduced flights, and the dates they currently extend to:

According to the International Air Transport Association, demand for global air travel will decline for the first time since 2009, and airlines could lose up to $113 billion in revenue if Covid-19 continues — a forecast that suggests the outbreak could disrupt the industry as significantly as the Great Recession. Already, conferences and sporting events have been put on hold, and high-profile companies are taking precautions to limit employee travel.

Since January, airlines have been reducing service and offering waivers to travelers to mainland China, but with the virus’s ongoing spread, more and more passengers are hesitant to board a plane. British airlines have also canceled hundreds of flights throughout March.

As I previously reported, the travel industry is usually hit the hardest by pandemic threats. People are choosing not to travel, and politicians in cities and countries around the world are clamoring to secure their borders against the threat of a spreadable disease. During the 2003 SARS outbreak, which affected more than 8,000 people, stocks of US airlines dropped more than 30 percent (as did the economy overall), Barron’s reported.

Austin Horowitz, senior aviation management consultant at the global consulting firm ICF, previously told me that the financial effects of a major flight suspension “would not be much greater than people electing not to travel” since airlines are “already losing a significant number of passengers because people are not traveling voluntarily.”

Cannes Film Festival 2019: reviews, news, and analysis
Essential workers are losing their hazard pay even though the hazard isn’t over
The House coronavirus bill’s paid leave provision would leave out millions of workers
The meat we eat is a pandemic risk, too
Aurora, Illinois, shooting: what we know
Sen. Mike Lee’s tweets against “democracy,” explained