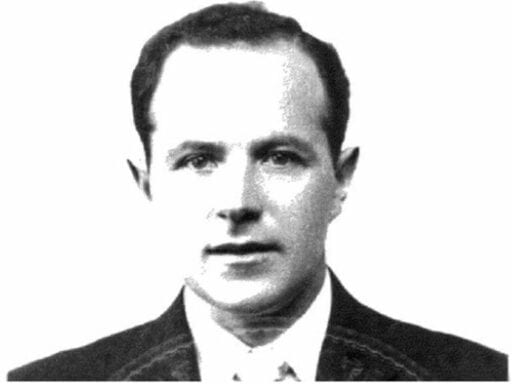 He had been stripped of his citizenship and ordered removed more than a decade ago.

A former Nazi camp guard was deported from the United States to Germany early Tuesday morning, more than a decade after he was first ordered removed.

Jakiw Palij, 95, worked as a guard in a forced-labor camp in German-occupied Poland during World War II, according to the Department of Justice. He came to the United States in 1949, claiming that he spent the war working on a farm and in a factory, and officially became a US citizen in 1957. He lived for decades in New York, and his home in Queens often drew protesters.

“The United States will never be a safe haven for those who have participated in atrocities, war crimes, and human rights abuses,” said Attorney General Jeff Sessions in a statement. “Jakiw Palij lied about his Nazi past to immigrate to this country and then fraudulently become an American citizen. He had no right to citizenship or to even be in this country.”

Palij had been living in limbo in the United States for almost two decades. In 2001, authorities confronted him about his Nazi past, and he admitted that he trained at Trawniki, an SS training camp. On November 3, 1943, about 6,000 Jewish men, women, and children held at Trawniki were massacred.

Palij denied participating in atrocities or mass killings to the New York Times in 2003. “They came and took me when I was 18,’’ he said. ‘’We knew they would kill me and my family if I refused. I did it to save their lives, and I never even wore a Nazi uniform. They made us wear gray guards’ uniforms and had us guarding bridges and rivers.’’

The Justice Department is not accusing him of specific war crimes; rather, it says that “by helping to prevent the escape of these prisoners during his service at Trawniki, Palij played an indispensable role in ensuring that they later met their tragic fate at the hands of the Nazis.”

A judge stripped Palij’s citizenship in 2003, and he was ordered deported in 2004. (He lost an appeal in 2005.) But the US struggled to find a country that would accept Palij, who was born in a part of Poland that is now part of Ukraine. Ukraine, Poland, and Germany all refused to take him. This year, Germany finally agreed to accept him.

“They saw this as a moral obligation,” US Ambassador to Germany Richard Grenell told reporters on a call Tuesday morning. Grenell also said that President Donald Trump made the issue a personal priority, and he credited two German cabinet members, Foreign Minister Heiko Maas and Interior Minister Horst Seehofer, for working closely with the US government on Palij’s case.

The elderly Palij was removed from his home on a stretcher, taken from New Jersey’s Teterboro Airport, and arrived in Dusseldorf, Germany, Tuesday morning. He will be placed in a nursing home in northwest Germany, according to the New York Times.

It’s not clear what his fate will be, as the German government dropped an investigation into Palij in 2016 for lack of evidence.

“We accept the moral obligation of Germany, in whose name terrible injustice was committed under the Nazis,” Maas told the newspaper Frankfurter Allgemeine Zeitung, according to the Times. “We are taking responsibility vis-à-vis the victims of National Socialism and our international partners — even if that demands of us what are at times politically difficult considerations.”

Glossier, the most-hyped makeup company on the planet, explained
House Democrats are keeping the pressure on Mitch McConnell over election security
The inside story of Netflix, the tiny tech company that took over Hollywood
Why social conservatives are disappointed that Trump picked Brett Kavanaugh
A Nobel Prize-winning physicist sold his medal for $765,000 to pay medical bills
Harvey Weinstein’s trial matters. Here are 4 resources to help make sense of it.