US intelligence: Russia tried to help, and Iran tried to hurt, Trump’s 2020 reelection 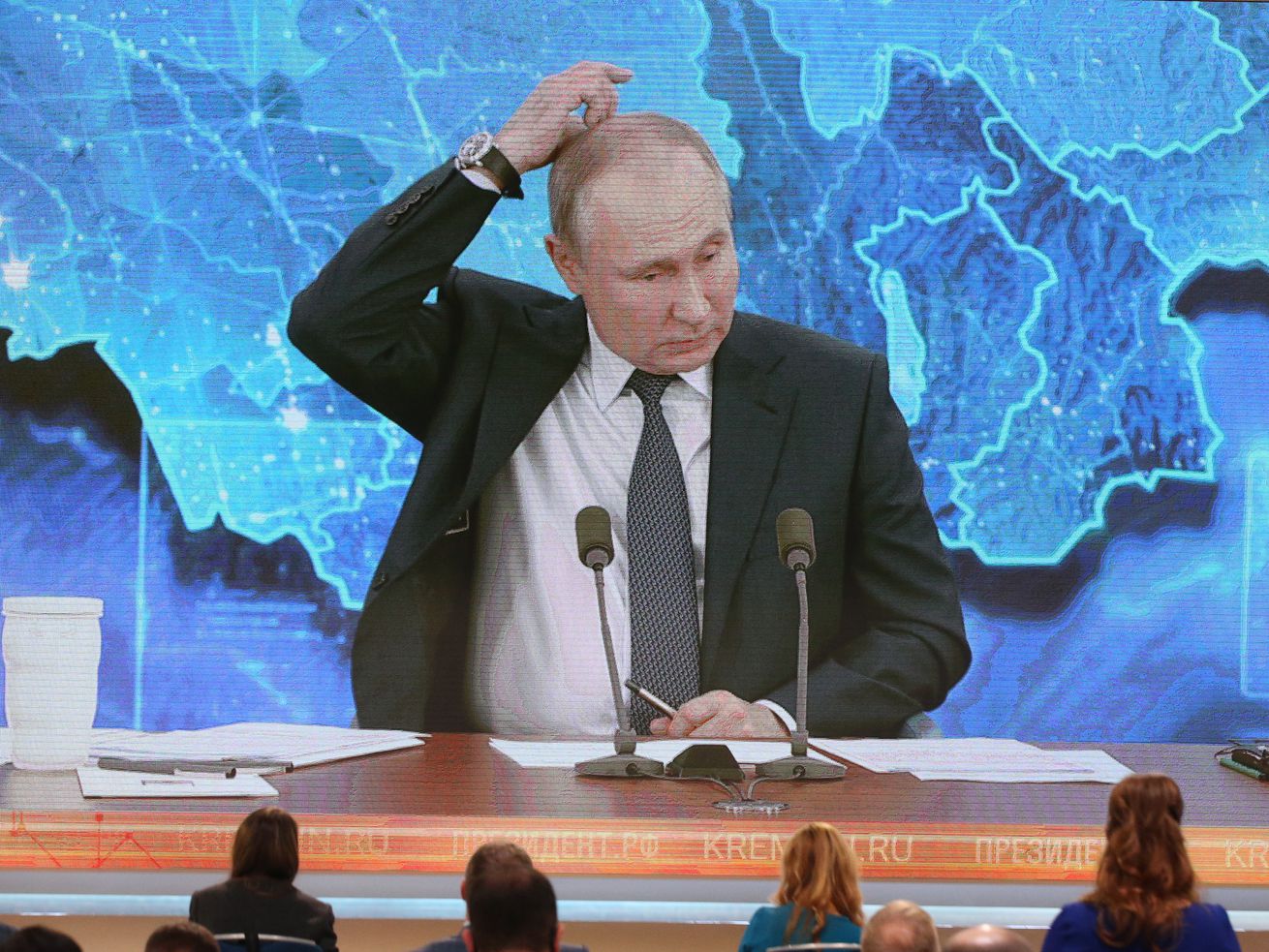 Both nations used influence operations but didn’t attempt to alter the voting process.

The US intelligence community on Tuesday released a declassified report assessing foreign attempts to influence the 2020 election — and it highlights how America’s top adversaries like Russia and Iran consider US elections prime opportunities to push their agendas.

The National Intelligence Council’s 15-page document, which is a public version of a classified report, states that no nation even attempted to alter voter registration data, the votes themselves, or the reporting of those votes. In other words, the election process itself was not compromised.

However, it details efforts by several countries and political actors to undermine confidence in the vote and sow social discord using more subtle methods like spreading misinformation.

Here’s a quick rundown of what the report found.

According to the report, Kremlin-linked proxies did this by pushing “misleading or unsubstantiated allegations against President Biden” to US media organizations, American officials, and even people close to Trump. One of those allegations was that there were “corrupt ties between President Biden, his family, and other US officials and Ukraine.”

That tracks pretty closely with the conspiracy theory, pushed by Trump and his personal lawyer Rudy Giuliani, that Biden as vice president got a Ukrainian prosecutor fired in order to quash an investigation into Burisma, a Ukrainian company on whose board Biden’s son Hunter served. (In reality, Biden’s efforts to have the prosecutor removed were fully in line with official US policy at the time and were supported by many of America’s European allies.)

The intelligence report doesn’t specify which media outlets or individuals were involved, but the insinuation is pretty clear: This US intelligence document all but says Trump and Giuliani were promoting a conspiracy theory concocted and promoted by Russia to discredit Biden.

That Moscow would prefer Trump stay in power and keep Biden out of office makes sense. Despite his administration placing sanctions on the Kremlin, Trump was overly deferential to Putin personally and sought a better American relationship with Russia at all costs. Biden, by contrast, vowed during the campaign to work with allies to thwart the Kremlin’s corrupt practices and designs for more power in Eastern Europe and the Middle East.

Iran had the same idea as Russia to try to influence the election, but had a different preference for the outcome.

“Iran carried out multi-pronged covert influence campaign intended to undercut President Trump’s reelection prospects,” the intelligence assessment says, though it notes Iran did so “without directly promoting [Trump’s] rivals.” In other words, America’s intelligence officials have “high confidence” that Iran clearly wanted Trump to lose, but not necessarily for Biden to win.

This also comports with US-Iran relations over the past four years. Trump’s 2018 decision to withdraw the US from the Iran nuclear deal kicked off a years-long round of escalations culminating in Tehran-backed militia groups attacking Americans in the Middle East and the US killing of top Iranian leader Qassem Soleimani. What’s more, the sanctions Trump reimposed on Iran after leaving the nuclear pact ushered in a devastating recession the Islamic Republic has yet to recover from.

Biden during the campaign didn’t promise the America he led would be friendly with Iran, but he did say he wanted to reenter the nuclear agreement. That may help explain why Tehran’s hackers decided not to promote Biden personally during their influence operations.

China: Wasn’t “advantageous” to interfere in the 2020 election

One of the most interesting conclusions in the report is that Beijing basically sat out the 2020 election. “China did not deploy interference efforts and considered but did not deploy influence efforts intended to change the outcome of the US Presidential election,” the document reads.

“We assess that China prefers that President Trump — whom Beijing sees as unpredictable — does not win reelection,” then-National Counterintelligence and Security Center Director William Evanina said. “China has been expanding its influence efforts ahead of November 2020 to shape the policy environment in the United States, pressure political figures it views as opposed to China’s interests, and deflect and counter criticism of China.”

China’s statements and actions countering the Trump administration on Hong Kong, the South China Sea, or TikTok were part of “efforts [that] might affect the presidential race,” Evanina concluded.

Simply put, that’s not how the intelligence community sees China’s efforts now with Biden in charge. China “did not view either election outcome as being advantageous enough … to risk getting caught,” the report reads.

That comports with how the 2020 presidential election played out. Trump and Biden each made the case that they would be tougher on China than their opponent. Watching that debate closely, it’s likely Chinese officials thought neither Biden nor Trump would be a particularly Beijing-friendly president.

It’s worth noting a minority view in the report, though: Beijing “did take some steps to try to undermine former President Trump’s reelection,” the national intelligence officer for cyber assessed, somewhat contradicting the main assessment. It seems, though, that most intelligence officials felt Beijing chose not to interfere heavily, or at all.

Foreign interference in US elections is the new normal

There are other key elements in the report — including that Cuba, Venezuela, and the terrorist group Hezbollah in Lebanon all “took some steps to influence the election.”

Those were smaller-scale efforts, the report notes, and not at the scale of Russia’s or Iran’s moves. However, all three have reasons to dislike Trump, so it was likely any interference plays were designed to hurt his reelection chances.

Overall, this report, along with past reports about election interference, shows that America’s global competitors leveraging the rancor of its elections to push for their desired outcomes is the new normal. That doesn’t mean they’ll succeed — and there’s no evidence they did in 2020 — but it does mean they’ll try.

“The problem of foreign actors trying to influence the American electorate is not going away and, given the current partisan divides in this country, may find fertile ground in which to grow in the future,” Sen. Mark Warner (D-VA), the Senate Intelligence Committee chair, said in a statement after the report’s release.

The FBI has reportedly reached out to Brett Kavanaugh’s second accuser
“King-Lee Day” and other ways states bend MLK’s legacy
Study: giving out cash in Uganda helped after 4 years. After 9 years, not so much.
Flu shots are important — especially for pregnant women in poor countries
You’ve been invited to Clubhouse. Your privacy hasn’t.
Why Facebook and Apple are fighting over your privacy