US mobile speeds are super slow. Here’s what we can do about it. 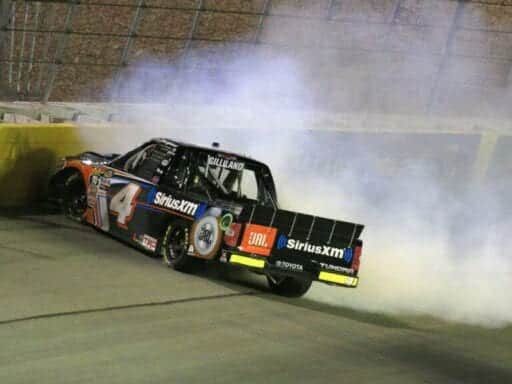 How to make US mobile speeds better than Turkey’s.

It’s no secret that US internet connectivity speeds pale in comparison to those in much of the developed world. But a new report shows that we’re falling even further behind — and the advent of new, faster wireless technology that would need to build off of existing, suboptimal infrastructure could further hinder US technological dominance and amplify the country’s digital divide.

Currently, the US ranks 40th in the world for mean mobile download speeds — up a mere three spots from last year, according to a new report from internet speed measurement company Ookla. More dismally, the country ranked 94th in mean mobile upload speeds, falling 21 spots from 2018.

US mobile speeds are actually getting faster — download speed grew 24 percent between the first half of 2018 and the first half of 2019, while upload speed grew 13 percent. But they’re not improving fast enough. The upload rank declined because other countries are advancing more quickly. We’re nestled between Spain and Saudi Arabia when it comes to download speeds, and between Angola and Poland for mean upload speeds achieved by those who take Ookla’s speed tests in each country.

A difference of a few megabits per second, of course, doesn’t mean much, but our slow speed is an indication of uneven access to acceptable wireless speeds in the US.

And as the world gears up to switch to the fifth-generation wireless network, or 5G, that disparity could get worse. In addition to upgrading existing infrastructure, 5G will require more fiber cable and new, more densely situated cell antennas. But the US’s high data demands, sheer geographic size, and our government’s trade war with China (particularly its main 5G equipment supplier, Huawei) all threaten the broad rollout of the new network, which has the potential to enable everything from self-driving cars to precision agriculture to advanced telemedicine.

If the US is behind — or even just in the middle of the pack — on 5G rollout compared to everybody else, it could significantly interfere with the country’s technological and economic progress. Remember that the move to 4G initiated technologies and companies that we hadn’t dreamed of with 3G — Uber and instant ride-hailing, for example. 5G is supposed to be exponentially faster. We don’t know yet what we might miss if we’re not ready.

Here’s what needs to happen to ensure the next network protocol results in sufficiently faster US mobile speeds.

5G needs three types of spectrum to work smoothly: low-band (far-reaching but less powerful), high-band (more powerful but only travels small distances) and mid-band (a combination). The FCC has been making more spectrum available — especially high-band spectrum, which is most useful in urban and suburban areas — and telecom companies have been more efficiently using spectrum they’ve been allocated by the government. But it’s not enough, and more spectrum availability is needed, especially mid-band 3.5 Ghz spectrum, which the rest of the world is using to build out its 5G networks. In the US, however, that spectrum is already occupied by satellites, fixed wireless, and government usage, so would have to be cleared before it could be auctioned off to telecoms.

Last year, the FCC ruled that signal amplification devices known as small cells didn’t have to undergo environmental reviews and generally streamlined the process of deploying those cells, which could help speed up 5G mobile infrastructure. These backpack-sized antennas and radio technology are placed on lampposts and on the sides of buildings to help distribute spectrum needed for heavy mobile-data transmission in urban areas. Additionally, 27 states have passed wireless infrastructure reform that should expedite the small-cell deployment process, according to telecom trade association CTIA. Still, the permitting process could use further streamlining, and the cells are still subject to varying laws in other states, as well as other municipalities. A Senate bill is currently proposing putting rules for small-cell deployment under federal control.

Some point to the US’s low global wireless speed ratings as proof that the private market hasn’t adequately incentivized telecoms to create a robust, globally competitive wireless network. Telecoms can charge consumers whatever they want.

“It has the least regulated pricing of all the infrastructure sectors because it’s the newest,” Adie Tomer, a fellow at Brookings Institution, told Recode. “We’re just realizing how essential digital connectivity is for the modern economy.”

Regulating telecom prices and making wireless plans cheaper, he said, could create a “virtuous cycle” that would speed up 5G adoption by allowing telecoms to reach customers who couldn’t afford its high pricing and to meet unmet demand among existing customers who might want bigger data plans than they have. In turn, those new customers and pent-up demand would result in more revenue telecoms could use for more investment, he said.

More regulation could also force telecoms to more quickly build out their networks, especially in poorer urban areas as well as remote areas that have historically been underserved by broadband. Most 5G efforts now are concentrated in wealthy urban areas where there’s plenty of customers to recoup investment costs more quickly.

However, that’s a very unpopular point of view for the telecom industry and the current presidential administration. After Air Force Brig. Gen. Robert Spalding, formerly the National Security Council senior director for strategic planning, suggested a US-controlled 5G network, he was booted from his position.

What isn’t contentious, however, is that Americans want fast, cheap broadband. It’s going to take a lot of work for us to get it.

Why Catholic countries are suddenly debating abortion
Detainees want 2017 sex abuse allegation at Texas immigration center investigated
I confronted Scott Pruitt in a restaurant. I’d do it again in a second.
Leaked audio suggests Trump is in denial about the coronavirus testing problem
Acronym, the dark money group behind the Iowa caucuses app meltdown, explained
The Quarry is a slow-burn Western about guilt, racism, and salvation on the US-Mexico border