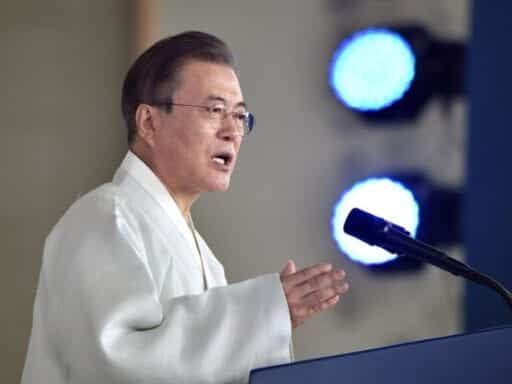 “The US position has been really harmful,” said a senior adviser to South Korean President Moon Jae-in.

SEOUL — The Trump administration likes to say that all is going well with its effort to rid North Korea of its nuclear weapons. As long as Pyongyang doesn’t test long-range missiles or the bomb, negotiations remain mostly on track, President Donald Trump consistently claims.

But one country is clearly bristling at America’s management of the North Korea problem: South Korea.

That became immediately clear during my trip to Seoul this week, just days before South Korean President Moon Jae-in plans to meet with Trump at the United Nations. After chats with multiple government officials and experts, the sense in the capital is that the US proceeded with its own North Korea agenda without much thought for its staunch ally’s positions.

“We’re not at the negotiating table,” a top South Korean official told me on the condition of anonymity. “That bothers me.”

That’s not only making it harder for Washington to strike a nuclear deal with Pyongyang, these people say, but could also potentially doom Moon’s top project: improving inter-Korean ties.

Which means if the US doesn’t assuage South Korea soon — or at least make substantial progress with North Korea in the near future — the Trump administration may lose the trust of its counterparts in Seoul. And if that happens, the president’s chances of solving the North Korea crisis dwindle even further.

“The US position has been really harmful” for South Korea

The US is a key player in two major diplomatic efforts involving the Koreas. The first, getting Pyongyang to dismantle its nuclear weapons program, is the most familiar to Americans. But the second, improving relations between the North and South, is arguably just as important.

Moon wants to find ways to further integrate the two Koreas, some of which he agreed to pursue directly with North Korean leader Kim Jong Un, and has bet much of his political fortune on the project. Some of the ideas include reopening joint business and tourist zones, as well as building railways and establishing more peaceful relations between the two militaries.

Working together on those things would erode long-standing mistrust between the two nations, Moon claims, and show that they don’t have to remain enemies forever.

One major obstacle to that outcome is Kim himself, who like many others in his regime believes his southern neighbors are little more than American puppets. Plus, the North and South have been separated since the 1950s after fighting a brutal war. It’s doubtful that a few joint projects would do much to erase decades of enmity, at least not right away.

But there’s another problem: many of those projects can’t begin in earnest until US and UN-led sanctions on North Korea — imposed to punish it for its growing nuclear program — are lifted. That’s unlikely to happen any time soon since the US position is that sanctions should remain in place until Pyongyang has dismantled its nuclear arsenal. North Korea, meanwhile, wants to see sanctions relief before it gives anything away.

This impasse was most evident during the second Trump-Kim summit in Hanoi earlier this year when their disagreements led both men to walk away from the table without a deal.

The Moon administration hoped that the inter-Korean dialogue could continue in the meantime, but a senior South Korean official told me that Seoul and Pyongyang haven’t talked since before the Hanoi summit.

The nuclear situation therefore remains at a standstill, and that’s at a minimum delayed any prospects for better inter-Korean ties. Some close to the government are upset about that.

“The US position has been really harmful” to South Korea’s efforts, he added.

The chance for overall progress is low

The expectation is that President Moon will bring all this up with Trump next week at the United Nations, though few believe Trump will be persuaded to change his entire negotiating position based on South Korean concerns. A diplomat at the US embassy in Seoul told me the Moon administration is “naive” to think it has much influence over how America deals with North Korea.

There is a small reason for optimism, though. The US and North Korea are expected to rekindle sputtering talks later this month. That could potentially lead to some progress, and Trump may ask his negotiators to see if they can make any headway on inter-Korean issues.

The chances of that, though, are slim to none — which means South Korea is likely to stay angry at the US for some time to come.

A potential inauguration threat showcased America’s housing crisis
The Breonna Taylor case proves that prosecutors have too much power
Ex-Trump campaign staffer tells black Democrat 'you’re out of your cotton-picking mind’ on Fox ...
Tesla fans have found a new person to blame for Elon Musk’s troubles: his girlfriend
I think HBO’s Watchmen is tremendous television. Lots of people will strongly disagree.
After weeks of protest, Puerto Rico has a new leader — for now