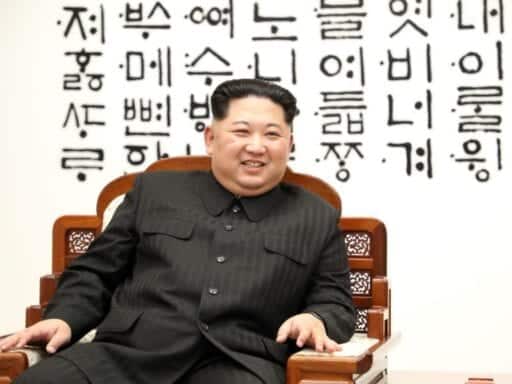 North Korea is tearing down a rocket-launch facility. But it’s not what it seems.

The world got some positive North Korea news on Monday: It looks like Pyongyang is dismantling an important missile facility, according to open-source imagery.

But here’s the bad news: Even if that’s true, North Korea has done very little to actually end its nuclear program since North Korean leader Kim Jong Un and President Donald Trump met in Singapore last month. What’s worse, it looks like Pyongyang is purposefully stalling instead of acceding to Trump’s denuclearization demand.

“North Korea has gone out of its way to spurn the Trump administration,” Mira Rapp-Hooper, a North Korea expert at Yale Law School, told me.

Just take what happened to Secretary of State Mike Pompeo earlier this month. He traveled to Pyongyang for the third time to continue talks about dismantling North Korea’s nuclear program. Pompeo went, in part, because North Korea promised him a meeting with Kim. But Kim never showed — and opted to visit a potato farm instead.

People familiar with Pompeo’s discussion with the North Korean politician who did show up, top official Kim Yong Chol, said the North Koreans “were just messing around” and “not serious about moving forward.” The meeting went “as badly as it could have gone,” the source told CNN on July 11.

Pompeo couldn’t even get a commitment on bringing back the remains of US war dead that North Korea promised to send to the United States. Instead, Kim Yong Chol spent most of the meeting saying he was only authorized to receive a letter Trump wrote to the North Korean leader. And the meeting only lasted one hour.

Okay, so diplomacy may not be going as planned, but surely the US-led pressure campaign on Pyongyang is still working, right?

According to a Reuters report on Tuesday, gasoline prices in North Korea have dropped to about half of what they were back in March. That’s a big deal: The United Nations previously placed sanctions on petroleum coming into North Korea. But it appears China has continued to send fuel into the country, helping to bring gas prices back down and easing the pressure on Kim’s economy.

That’s not say that North Korea’s dismantling of the missile site — known as the Sohae Satellite Launching Station — isn’t important. After all, it starts to fulfill one of Kim Jong Un’s promises to Trump. But it in no way shows that Pyongyang is any more serious about dismantling its nuclear arsenal than it was when Kim and Trump spoke last month.

“The news that the North Koreans could be dismantling their satellite launching facility is a positive step, but one that addresses the North’s missile-delivery capabilities — not the nuclear weapons themselves,” said Abigail Grace, who formerly worked on North Korea issues in Trump’s National Security Council and is now at the Center for a New American Security think tank.

So why is North Korea doing this? Experts say Pyongyang likely has an ulterior motive: keeping Trump happy at a relatively low cost.

Relieving the pressure from a “Trump earthquake”

Vipin Narang, a nuclear expert at MIT, tells me it’s a good thing that Pyongyang is dismantling the rocket-launch facility. But it’s a positive step having less to do with North Korea’s missile-launching ability, and more to do with how it will make the Trump administration look.

“It gives Trump some cover, and it doesn’t give the president or [National Security Adviser] John Bolton any reason to ramp up the ‘fire and fury’ rhetoric,” he said, referring to Trump’s infamous threat last September. “It could relieve the pressure from a Trump earthquake.”

The president still makes the public case that relations with North Korea are positive, even though they’re anything but that. But in private, Trump is angry at the lack of progress, according to a Washington Post report on Sunday. To avoid the president’s ire, it’s possible Pyongyang wants it to look like Trump is getting something — even if it took North Korea six weeks after the Singapore summit to deliver.

Dismantling the Sohae site is basically costless for Pyongyang. North Korea already has the technology to launch missiles into the sky at long ranges. It’s possible that the country no longer needs this site for research, and so completely taking it down will be “little more than a gesture,” Jeffrey Lewis, an expert on North Korea’s nuclear program, told me.

It’s also not clear what, exactly, North Korea is doing in the images taken from July 20 to 22. It looks like they’re taking scaffolding down — much of which could be put back up again quickly, experts — but it’s hard to say what North Korea’s true intentions are. That’s likely why Pompeo, talking to reporters on Tuesday, called for inspectors to have access to the site and look around.

The only way to know for sure that North Korea is serious about following through with denuclearization, experts say, is if it reveals the locations of all of its secret nuclear sites. For now, the US is openly aware of two, and North Korea could have a few more hidden away — although it’s possible American spies know where they are.

Until then, it’s worth celebrating the small victories, but keep in mind that there’s still a long, long way to go before the Trump administration can claim any real success with North Korea.