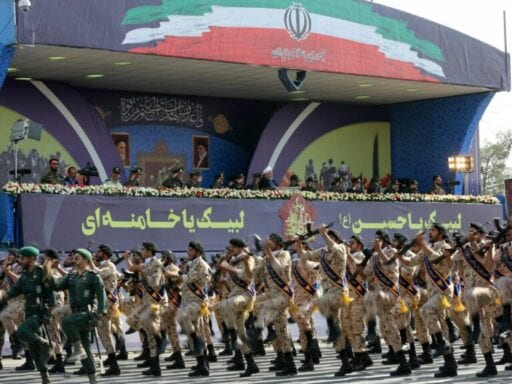 Trump administration officials said Sunday that signs of deepening tensions between the US and Iran are proof the White House’s “maximum pressure” campaign is working.

Critics of the strategy have raised concerns over its efficacy as both nation employed harsh rhetoric against the other in recent days, with President Donald Trump tweeting that the US is “locked and loaded” to strike following an attack on an oil facility in Saudi Arabia the US claims was conducted by Iran. Iran has denied any responsibility for the attack and has said it is prepared to retaliate against any US military action.

Sunday, Treasury Secretary Steve Mnuchin and Secretary of State Mike Pompeo said the Trump administration will stay its course, with Mnuchin telling CNN’s Jake Tapper, “Tensions are worse because it’s working.” Pompeo told CBS’ Margaret Brennan, the administration is still “looking for a diplomatic resolution,” but said, “We’re prepared to do the things we need to do.”

“We’ve now cut off all source of funds to Iran,” Mnuchin said during a press conference. “This will mean no more funds going to the IRGC or to fund terror. This is on top of our oil sanctions and our financial institution sanctions.”

But as Vox’s Alex Ward has explained, some security experts, like Center for a New American Security fellow Neil Bhatiya, were unsure if more sanctions were possible. “We’ve basically hit most sectors of the Iranian economy,” Bhatiya wrote on Twitter following the announcement, but added, “They could start lashing out at other countries with secondary sanctions.”

Sunday, Mnuchin explained that this is exactly the administration’s plan.

“The thing we’ll be focusing on now is people that are violating the Iran sanctions, and issuing sanctions on third parties where we violations,” Mnuchin told Tapper. When asked if this would include placing sanctions on NATO allies, the secretary said, “If they violate it, absolutely.”

Pompeo echoed Mnuchin’s call for a tough stance Sunday, and placed heavy emphasis on the need to respond to the attack in Saudi Arabia, one he termed “a state-on-state act of war.”

As Ward has noted, this rhetoric is surprising because the US does not have a formal treaty alliance with Saudi Arabia, and thus is not required to respond to acts of aggression on its soil.

Still, Pompeo told Fox News that avoiding armed conflict remains a priority: “We want to resolve this in a way that doesn’t resort to kinetic action if it’s at all possible to achieve that.”

Rising tensions have led to fears of war

Rising tensions have led to concern that the US and Iran could go to war. This concern is not new; despite administration officials’ insistence that their maximum pressure campaign is yielding results, this has been a year in which escalating tensions have only begotten more tensions. As I wrote back in June:

The US exit from the multination Iranian nuclear deal in 2018 put strain on the US-Iran relationship; this pressure was intensified when the Trump administration placed new sanctions and trade restrictions on Iran this year.

Over the past few weeks, the US has accused Iran of attacking ships in the Gulf of Oman (something Iran has denied), and Iran has announced it will no long abide by certain parts of the nuclear deal. The US has moved new troops to the Middle East, and Thursday, Iran shot down a US drone, claiming the device had crossed into its territory (something the Trump administration denies).

But as Vox’s Alex Ward has described, September has had onlookers once again fearing an all-out war between the US and Iran could erupt as the two nations bickered over who was responsible for an attack on a Saudi oil facilities:

Last Saturday, two vital oil facilities belonging to Saudi Arabia’s state-run oil company Aramco were attacked by what appear to be 10 drones and nearly 20 missiles. The assault shut down roughly half of the company’s production, hitting the global oil market hard and triggering the largest oil price spike in roughly 30 years.

The Trump administration almost immediately said Iran had launched the assault — even though the Iranian-backed Houthi rebels in Yemen had already claimed responsibility for the strikes — and shared some evidence it said proved its stance. Iran expectedly denied any involvement, but that didn’t lower the temperature of the situation.

President Donald Trump tweeted on Sunday that the US was “locked and loaded” for a retaliatory strike to defend Saudi Arabia, while others in his Cabinet said what occurred was an “act of war.”

Sunday, Iran continued to deny responsibility for the drone attacks, but also made clear that it will respond to US aggression in kind when Iran’s foreign minister, Javad Zarif, warned of an “all-out war” if his country was struck militarily in an interview that aired on CBS’ Face the Nation. Zarif went on to say he’d like to see a diplomatic solution to these tensions.

But Zarif also added that he could not say that there would be no war between the US and Iran. And he added that Iran while would not start one, he believes his country would win any conflict.

As Ward has explained, such a fight would result in heavy losses on all sides, with some experts believing more than a million people could die; he summed up the potential conflict by writing, “The bottom line: It’d be hell on earth.”

Bellicose rhetoric like that shared by Zarif Sunday has become an increasingly frequent component of the US-Iran relationship. Trump tweeted in 2018 that he would respond to Iran with “CONSEQUENCES THE LIKES OF WHICH FEW THROUGHOUT HISTORY HAVE EVER SUFFERED BEFORE” if they continued to make threats. And in June, Trump announced that he had prepared, and then called off, a military strike on Iran.

For the moment, both sides have an interest in ensure the rhetoric stays just that, which is why US administration officials continue to balance their threats with calls for diplomatic solutions. Speaking on Fox News Sunday, Pompeo said that the troops being sent to the region, for example, were there only for “deterrence and defense.”

“Our mission set is to avoid war,” he said.

Speaking to reporters on the tarmac before Air Force One on Thursday, Trump did not seem so deadset on avoiding conflict.

“There are many options,” he said. “There’s the ultimate option and there are options that are a lot less than that, and we’ll see.”

However, by Sunday, the president too had somewhat softened his stance, saying that while he won’t meet with any Iranian leaders during the the UN General Assembly this week, “Nothing is ever off the table completely.”

Sen. Steve Daines wins in Montana, a must-hold seat for Republicans
New York is the first state to cancel a presidential primary over coronavirus concerns
Tulsi Gabbard’s 2020 presidential campaign
Paid line-standing: the bizarre congressional practice that shocked Ocasio-Cortez, explained
Politicians and activists praise Rep. John Lewis’s legacy of “good trouble”
Here are the candidates who qualified for the third Democratic debate — and those who might miss out