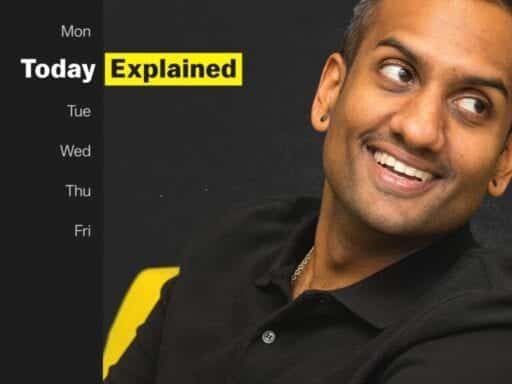 When you have 400 of something, it’s easy to forget which ones you like the most. Today, the Today, Explained team and I publish our 400th episode. To mark this milestone for Vox’s daily news explainer podcast, I took a break from hosting to ask the show’s producers the kind of retrospective question one tends to ask on days like these: “You guys, which are our favorite episodes?”

It immediately ignited a conversation, nay, a friendly argument — nay, a referendum — on the merits of this episode over that one, the old stuff versus the new stuff, the ones that make you cry from laughing or the ones that make you weep with empathy. What was clear was our team has done a lot over the course of these two years and 400 episodes.

Below you’ll find 13 of my absolute favorites. Together, they represent the range of news, guests, and styles our show regularly features from one day to the next. You’ll hear everything from a profane scientist to a parody song about the dangers of vaping to a sailing expedition in outer space.

The news comes at you fast. Today, Explained is here to slow things down and help you understand what’s happening in your world. Think of our team as the fun, informative friend you turn to after school or work or picking up the kids to give you all that context you missed while you were taking care of business. And let’s expand the circle! On this auspicious occasion for the show, tell your friends about your smart friendly friend, Today, Explained.

P.P.S. Subscribe to Today, Explained now on Apple Podcasts, Stitcher, Spotify, Overcast, or wherever you listen to podcasts.

1) Too Juul for school

May 3, 2018 | On Tuesday, the US Food and Drug Administration sent warning letters to 13 companies that appear to market their vaping products directly to kids. E-cigarettes are a gangbuster business but one device, the sleekly designed Juul, has really captured the attention of underage teens. Vox’s Julia Belluz explains the hype and what most teens don’t know about the Juul.

2) What’s up with the yield curve?

3) The Art of the Green New Deal

April 5, 2019 | It’s the hottest resolution since sliced bread. But is it just empty calories?

April 9, 2019 | “Old Town Road” officially became the most popular song in America today. But it’s also the most controversial. Vox’s Allegra Frank chronicles Lil Nas X’s challenges with the charts and Charlie Harding, co-host of the “Switched on Pop” podcast, attempts to figure out what counts as country.

March 26, 2018 | Dantrell Blake traveled from Chicago to Washington, DC, to join hundreds of thousands for the March of Our Lives on Saturday. I spent the day with the survivor of gun violence to find out why he needed to see the march for himself. Also, a Columbine survivor advises a Parkland survivor how to deal with life after a mass shooting.

July 25, 2019 | Boris Johnson wanted a Brexit and now he’ll have to figure out how to make it happen. The Atlantic’s Tom McTague explains how a self-proclaimed “blithering idiot” became prime minister.

7) No such thing as free lunch

July 26, 2019 | A school district in Pennsylvania apologized this week for saying students with unpaid lunch debt might end up in foster care. The scandal is part of a nationwide crisis that has resulted in low-income students cleaning cafeterias or missing graduation ceremonies because of lunch debts.

July 19, 2018 | In 1971, a professor locked a bunch of young men in a basement to understand evil. The results were explosive. This summer, it all came crashing down. Vox’s Brian Resnick explains what’s going on with the Stanford Prison Experiment.

September 10, 2018 | Naomi Osaka defeated her lifelong hero Serena Williams to win the US Open on Saturday. The match might be remembered for the wrong reasons.

August 29, 2018 | New York investigators are turning up the heat on the Trump Foundation this summer. The Washington Post’s David Fahrenthold shares a series of increasingly unbelievable stories about the organization’s shenanigans.

July 3, 2019 | Documentary filmmaker Deeyah Khan grew tired of receiving death threats from white supremacists so she traveled to a Detroit motel to meet up with one.

July 5, 2019 | When people see Deeyah Khan’s documentary about white supremacists they tell her, “The real problem is jihad. You should spend time with jihadists.” She says, “I did.”

13) Sailing on a boat on an alien sea

March 11, 2019 | SpaceX and Blue Origin have been driving much of the excitement around space travel for the past several years, but NASA got back in the game today. Dr. Ellen Stofan, the agency’s former chief scientist, explains what’s next for us, Mars, infinity, and beyond.

Subscribe on Apple Podcasts, Stitcher, Spotify, Overcast, or wherever you listen to podcasts.

Beto O’Rourke pulled in a massive fundraising haul — and 2020 competitors are noticing
Voice of America reporters: Trump-backed CEO “is failing” the US
Canada succeeded on coronavirus where America failed. Why?
Climate got more time in the Democrats’ first 2020 debate than in all 2016 debates combined
11 movies that confront American racism
Every small-business owner has to be a public health expert now. This mechanic is no different.