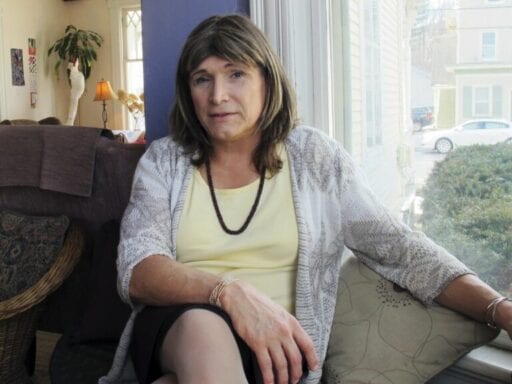 Vermont voters on Tuesday nominated a transgender woman as the Democratic candidate for governor — creating the possibility that Vermont could become the first state to elect a transgender person to a US governor’s mansion.

Christine Hallquist is projected to win the Vermont Democratic primary for governor, with 46 percent of the vote and 51 percent of precincts reporting in.

Hallquist is the former CEO of Vermont Electric Cooperative, an electricity company that mostly works in the northern part of the state. But her campaign drew attention around the world because she ran as an openly trans woman.

“I tell people this isn’t the hardest thing I ever did,” Hallquist told the Guardian. “In fact, I think after transitioning everything else looks pretty easy.”

Hallquist’s platform, Adam Gabbatt reported for the Guardian, focuses largely on providing broadband internet access across the state, as well as environmental energy policies. She also emphasized her record as CEO of a company that serves tens of thousands of people in Vermont.

Hallquist also told the Guardian that she was driven to more political activism due to Donald Trump’s election, which pushed her not just to go to the Women’s March and People’s Climate March in DC in 2017, but eventually led her to quit her job and declare her candidacy for governor.

“November 8, 2016, I realized the world changed,” Hallquist said. “I went to bed, and of course like any other trauma I was in political depression and I just didn’t know what to do. I mean, many of us in this country shed a lot of tears for what happened on November 8.”

Prior to the election, polls suggested that Hallquist had the highest name recognition out of the four candidates, which included a 14-year-old, in the Democratic primary.

Hallquist will face incumbent Gov. Phil Scott, a Republican, in November. Although Scott’s popularity has dropped over the past year (in part due to his support for new gun control laws), he’s a favorite in the race — with the Cook Political Report rating the race as Solid Republican.

It’s been a mixed year for trans candidates. Last November, Danica Roem was elected in Virginia as the first openly trans state legislator in the US. Last week, Kim Coco Iwamoto, who’s trans, lost her bid for Hawaii lieutenant governor.

But with Hallquist’s primary victory, Vermont voters now have a chance to put a trans politician in the highest political office that a trans person has ever held.