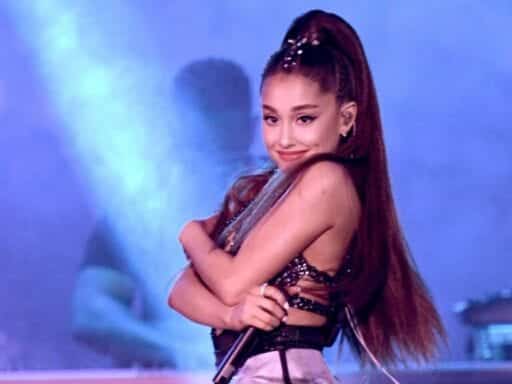 Cardi B leads the nominations, and scheduled performers include Ariana Grande and Panic at the Disco.

The 2018 MTV Video Music Awards are officially going host-free, but they’re still set to be as glitzy an unpredictable as ever. The ceremony is slated for Monday, August 20, and will be broadcast live from Radio City Music Hall in New York City. Cardi B leads the nominations, followed by the Carter, a.k.a. Beyoncé and Jay-Z.

Performers during the ceremony will include Nicki Minaj, Ariana Grande, and Panic at the Disco, and the presenter lineup features a wide range of talent, from Tiffany Haddish to the Backstreet Boys.

The six nominees for Video of the Year — one of the biggest awards of the night, which will be presented by Madonna — are Bruno Mars featuring Cardi B, the Carters, Childish Gambino, Drake, Ariana Grande, and Camila Cabello with Young Thug. The six nominees for Best New Artist are Bazzi, Cardi B, Chloe x Halle, Hayley Kiyoko, Lil Pump, and Lil Uzi Vert. Jennifer Lopez will receive the 2018 Vanguard Award.

Pregnant people are being offered an unproven treatment to “reverse” abortions
Dear Congress: Send Americans cash. Send it now.
“That is kindergarten”: Cory Booker says rejoining the Paris climate agreement is not enough
Conservatives are turning on Taylor Swift after she endorsed Democrats
Why does Washington suddenly seem ready to regulate Big Tech? Look at the polls.
Eggnog, the holiday season’s most divisive drink, explained