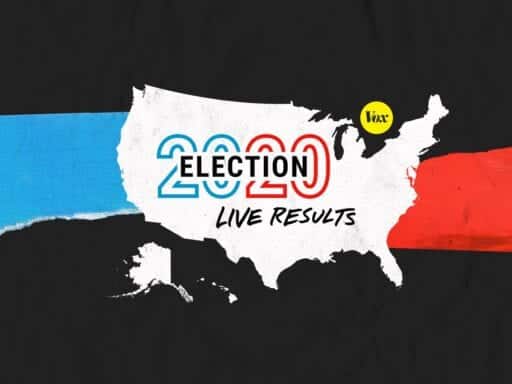 Follow live results for the race between Donald Trump and Joe Biden.

The 2020 presidential election between President Donald Trump and former Vice President Joe Biden remains too close to call, even as Election Day has come and gone.

Trump has racked up early victories in Florida, Ohio, and Iowa. But Biden has picked up two Midwest states that are likely to prove pivotal, Michigan and Wisconsin, and is now close to reaching enough electoral votes to win overall. Pennsylvania, meanwhile, is still counting, as are some of the Sunbelt swing states.

In Wisconsin, Biden’s victory was by a thin margin, and the Trump campaign has announced it will request a recount (as it can do under the state law), but recent recounts have not shifted the result by large margins.

There are other positive signs for Biden: Arizona and Nevada are trending his way, and Georgia and North Carolina are still counting votes and could end up in Biden’s column.

Trump falsely claimed victory Wednesday morning, saying he wants “all voting to stop” and will take the matter to the Supreme Court. Of course, by that time, voting had been stopped for hours — and continuing to count those votes is a legal and necessary part of the process. Biden, meanwhile, has maintained an optimistic tone, telling supporters early Wednesday morning, “We feel good about where we are.”

That vote counting is taking some time shouldn’t be surprising: Because of the myriad ways people have cast their ballots this year, it was expected that tallying votes could take longer and know who won the election than it has in past years. Part of this was due to the fact that far more votes were cast by mail than in past years due to the Covid-19 pandemic. But it’s also because there are simply more votes to count: Some estimates suggest 2020 voters may have had the highest participation in 120 years.

There’s no guarantee when we’ll know whether Trump or Biden won the election, but you can track live results here, powered by our friends at Decision Desk.

How long could it take for us to know who won the election?

It’s tough to know, but it’s good to prepare for the possibility that we may not know the result for a while. Here’s why.

There are six main battleground states whose voters will likely determine the outcome of the election: Michigan, Pennsylvania, Wisconsin, Florida, Arizona, and North Carolina. As Vox’s Andrew Prokop recently wrote, these states can be split into two groups — states that have been able to count the vote quickly, and states where it could take much longer to know the outcome.

Florida, Arizona, and North Carolina fall into the first category. (Florida and Arizona, in particular, have used vote-by-mail extensively in the past and officials there are familiar with how the system works.) We already know the results from Florida, which was called relatively early for Trump on Tuesday. North Carolina still has mail-in ballots to count, and Arizona’s results aren’t in yet.

Pennsylvania, Michigan, and Wisconsin are a different story. Republican state legislatures in all three states refused to let election officials start processing ballots early (it should be noted that this isn’t a partisan issue everywhere, since Florida, Arizona, and North Carolina also have state legislatures controlled by Republicans). Still, Michigan and Wisconsin finished counts on Wednesday.

In the remaining swing states, there is a possibility early in-person voting is making it appear a closer race for Trump than final totals will reflect. It’s good to keep in mind that it could take many hours — if not days — to count mail-in ballots and get the full picture of who has won.

Counting all the votes is not fraud

Heading into the election, it was pretty clear that President Trump was poised to engage in some shenanigans to try to cast doubt on any potential unfavorable outcomes to him, and even potentially falsely claim he’d won. And that’s what he did.

In remarks early Wednesday, Trump said he’d already won in Georgia, North Carolina, and Pennsylvania, even though those states have not yet been called. He said the election reflected “major fraud in our nation,” and suggested he will take the matter to the Supreme Court. Twitter and Facebook wound up having to label his false claims that the election is being “stolen” and that no votes can be counted after the polls close.

To be clear, there is not widespread election fraud going on, nor is the election being stolen from the president. States are just counting the votes.

This isn’t to say that Trump can’t win the presidency, or that Biden can’t. Obviously, it would be nice to have more clarity on the outcome right now. But we don’t, so we have to wait.