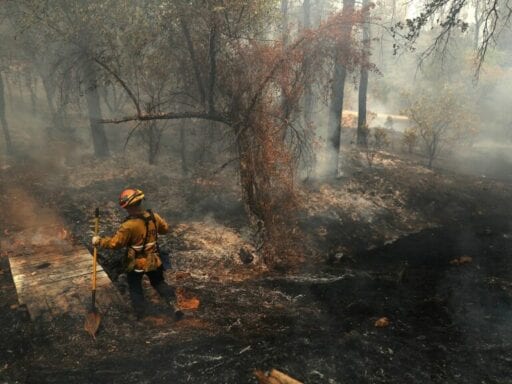 Wildfires rage in California; the fate of the missing Malaysia Airlines plane remains a mystery.

The fate of MH370 is still a mystery

“I do not believe that Bigfoot is real, but I don’t want to alienate any Bigfoot voters.” [GOP congressional candidate Denver Riggleman tries to address the strangest issue in the midterms so far: Bigfoot erotica]

Watch this: The Israel-Palestine conflict, explained

The conflict is really only 100 years old. [YouTube / Johnny Harris and Max Fisher]

White threat in a browning America

How music has responded to a decade of economic inequality

Doctors are blasé about bone health, and it’s leading to more broken bones in the elderly

“Nothing unifies Republicans like the courts”: Republicans celebrate Kavanaugh confirmation
Tesla needs to fix its deadly Autopilot problem
How to answer 7 big questions kids have about the coronavirus pandemic
How Light from Light’s team used “emotional research” to build an unusual ghost-hunter story
One of America’s worst acts of racial violence was in Tulsa. Now, it’s the site of Trump’s first ral...
How the beauty industry is surviving the pandemic