Vox Sentences: 3 days of hearings and one notepad 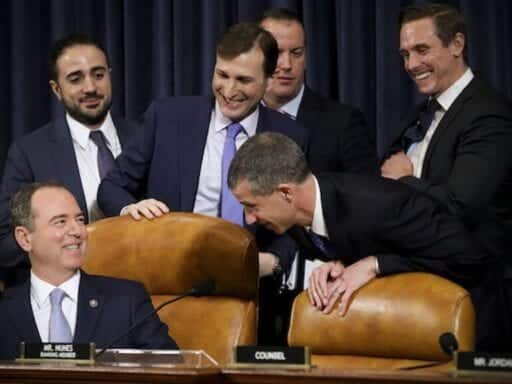 The biggest impeachment week yet

Thousands dead in the DRC

“Nowadays, you see a dead body with two shots to the chest and one in the groin. That’s how military members shoot. So you have to ask yourself, who’s teaching them to shoot or who is doing the shooting.” [US Marine Corps veteran Daniel Torres speaks on the grim fate for some deported veterans: joining drug cartels]

Watch this: How a murder changed the fate of the Amazon

“Are you sure?” Trump’s Ukraine conspiracy theory was a bit much even for Fox & Friends

Watching The Report through Muslim eyes

Adults are finding new (and brutal) ways to enjoy Pokémon