Vox Sentences: A “peace spring” that’s anything but 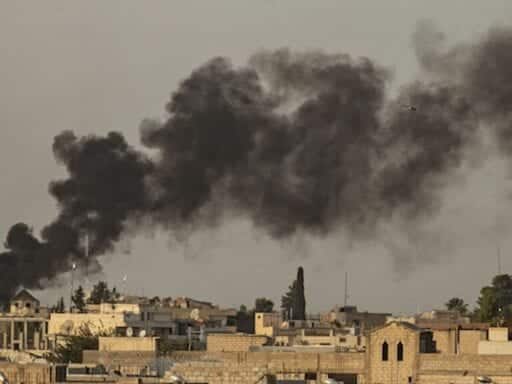 Syrian Kurds under attack from Turkey

“Well, they’re going to be escaping to Europe, that’s where they want to go. … They didn’t help us in the second World War, they didn’t help us with Normandy for example. They’re there to help us with their land, and that’s a different thing.” [President Trump to reporters addressing concerns about the wellbeing of US-allied Kurds if the US pulls out of Syria]

Watch this: Vox Borders is back — with a twist

LGBTQ rights hang in the balance at the Supreme Court. Elizabeth Warren and Pete Buttigieg just released plans to defend them.

9 things everyone should know about the impeachment process

The many places you can buy Beyond Meat and Impossible Foods, in one chart

Simone Biles is the greatest female gymnast ever

“We’re being punished again”: How people with intellectual disabilities are experiencing the pandemi...
Nintendo’s latest gamification of exercise, explained
The strange career of Rudy Giuliani, from US attorney to Trump bag man, explained
It’s a lifestyle. It’s a culture. It’s keto.
Vox Sentences: “We will not send anyone to die”
“Professional bridesmaid” is an actual job. Meet a woman who does it.