Vox Sentences: A Prime Day for a workers strike 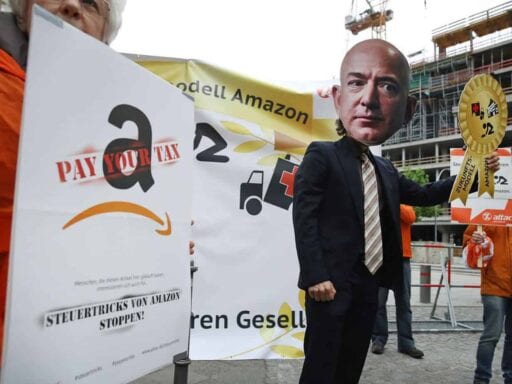 Amazon workers take to the streets on the company’s biggest day of the year; temperatures rise to deadly levels in India.

“As to the question of who can or can’t be believed and whether anyone can be believed: no one can be believed. Where did you get the idea that President Trump trusts me or that I trust him fully? He protects the interests of the [US]. I protect the interests of the Russian Federation.” [Russian President Vladimir Putin on why Trump and Americans should believe that Russia did not interfere in the 2016 US election / Vox]

Watch this: Why Stradivarius violins are worth millions

Many musicians prefer these 300-year-old instruments, but are they actually worth it? [YouTube / Dean Peterson]

Trump just offered one of the boldest lies of his presidency

S-Town, the controversial hit podcast, is being sued for exploitation

Astronomers discovered 10 new moons of Jupiter. Where have they been hiding?

How one California county is criminalizing bad grades

How this chair became a pop culture icon
Mixing ketchup and mayonnaise isn’t new. Here’s why Heinz is trying to cash in on it now.
Woody Allen is suing Amazon for dropping him over “baseless allegations”
A positive antibody test doesn’t yet mean you’re immune to Covid-19
Basic income can’t do enough to help workers displaced by technology
Grassley explains all-male, all-white Senate Republican judiciary panel: Women don’t want to do the ...